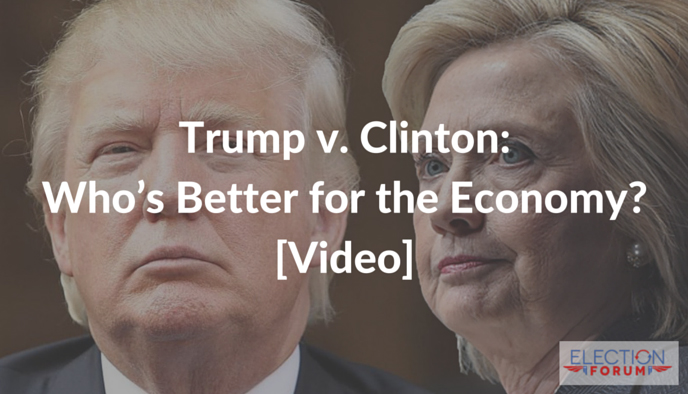 When I spoke at the Financial Global Summit in March, Stephen Moore was on a couple of panels. Moore has done extensive analysis on each candidates’ economic and political views.

He also includes plans to reduce the deficit by cutting government spending.

Economists will tell you, these plans could produce millions of new jobs, bring back companies from overseas, and raise income levels. Their defeat

Hillary Clinton’s plan is very different. She wants the rich to continue paying “their fair share.” She wants income redistribution, bigger government expansion, and more central control of the economy

Which plan do you think will better grow the economy? Why? Email me at craig@electionforum.org