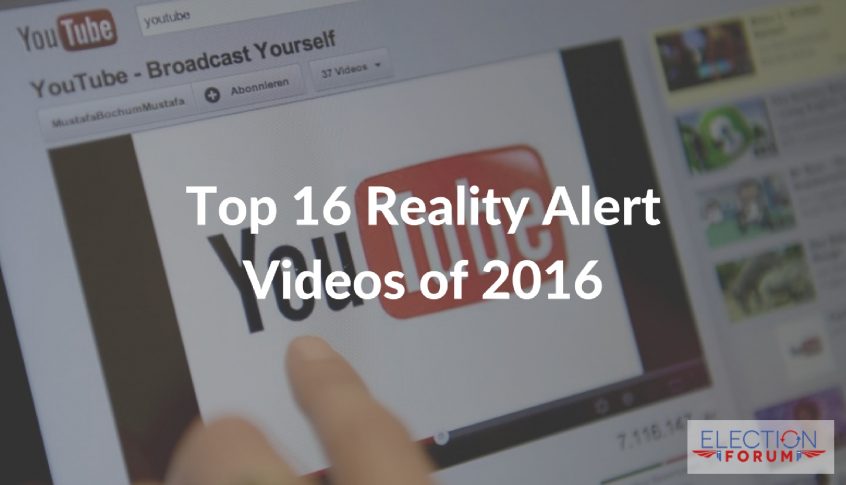 Here are the top 16 Reality Alert videos from this year.

These are the videos that you must watch

These are the ones that were the most useful and interesting.

You won’t want to miss them!

Christian families are being torn about and brutally murdered –  beheaded, tortured, crucified … for Christ.

Many flee to refugee camps.

Here is a ten-year-old refugee … see her love for Christ, forgiveness for ISIS, and a powerful love song for Jesus.

Please pray for the persecuted children.

Anything you care to share? Please email me at craig@electionforum.org.

In the Hamas/Palestinian controlled area outside Israel, kids are taught to hate.

Watch the short 1 minute video of a kindergarten graduation.

What’s your reaction? Email me at craig@electionforum.org.

Hillary Clinton’s attack on Christians of all backgrounds is historic.

During an April 2015 speech to the Women in the World Conference, Hillary Clinton said: “Deep-seated cultural codes, religious beliefs, and structural biases have to be changed” for the sake of giving women access to “reproductive health care and safe childbirth”.

Fed up with these touchy-feely students, Everett Piper, President of Oklahoma Wesleyan University, rebuked a student who “ felt ‘victimized’ by a sermon [that] made him feel bad.”

Instead of feeling sorry for him, Piper in short order declared:

To celebrate, watch this video to learn the moving and inspiring account of the English boy who became the famous Christian missionary and later patron saint of Ireland!

May the wind be at your back … and don’t forget to tell me what you think! Email me at craig@electionforum.org

Last year, Jeremy Lin of Torrance, CA signed on with the Charlotte Hornets, ending his free agency run with the Los Angeles Lakers

He has made incredible strides since then in the media and around the world.

Last year, in a televised broadcast to hundreds of millions of Chinese, Lin declared openly his faith in God, and how true successes depends on knowing …

Sen. Rubio consistently argues that gun control is not the solution, pointing to the facts that no proposed measures would have stopped any of the major shootings over the last few years.  The liberal press wanted Rubio to backtrack or modify his pro Second Amendment stance on the right to own guns. Surprisingly, the Washington Post fact-checked his statements and concluded he is correct. Rubio will not compromise.

Here is a radio caller, a powerful interview with a welfare mom.

She believes it’s better to live off others than work.

Listen to the interview here.

Here is a recent exposé of the disturbing number of recently deceased who still—somehow—managed to make it to the polls over the past ten years.

Of course, what’s really going on is voter fraud.

A reporter compared the voting records from the California Secretary of State with the death records of the Social Security Administration.

Lo and behold, at least 265 dead people somehow managed to cast ballots, with a majority of them in Los Angeles County alone. And that’s the tip of the corrupt iceberg.

When I ran for office, I also experienced voter fraud. It’s got to stop!

What do you think? How do we stop voter fraud! Email me at craig@electionforum.org. 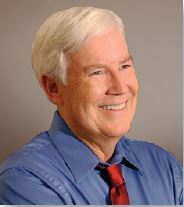 The NBC reality show “The Voice” has seen many candidates stand for Christ.

Christina Grimmie was one of them.

Check out her testimony here, singing her favorite hymn “In Christ Alone.”

Her break-out performances on Reality TV predicted a stunning career in music. She performed with leading stars, including singers Adam Levine and Justin Bieber.

Check out one of her …

Listen to these foster parents who wanted a child and chose to adopt.

But, to everyone’s horror, the child was unexpectedly taken from them.

Terrible, but eye-opening to the liberal political correctness and its harm to children and families.

Learn more in this video.

If you have any questions or comments, email me at craig@electionforum.org.

Maria Shriver, former First Lady of the state of California, and a member of the well-known Kennedy family, sat with Pastor Judah Smith about his new children’s book I Will Follow Jesus Bible Storybook.

Shriver asked Pastor Judah a pretty blunt question: “Why should I believe in God?”

Who were the big Christian musician winners at the 2016 Grammy Awards?

Tobymac won for Best Contemporary Christian Music Album “This Is Not a Test”.

Mirna Hana, a young Iraqi Christian girl, rose to incredible fame on the Arabic version of “The Voice Kids”.

First she sings a well-received Arabic song, then launches into the Disney hit “Let it Go” from the animated feature “Frozen.”

What a startling contrast from her past, when she and her family fled Iraq from ISIS terrorists, who had  threatened to kidnap then kill her and her family.

Over the last month, local politicians have done the same thing—it makes no sense.

In Philadelphia, the mayor contradicted the Islamic tenants’ own statements and …

Listen to Johnnie Moore call out for unity among the Body of Christ.

Were there any articles from this year that you think belong on this list? Email me at craig@electionforum.org.