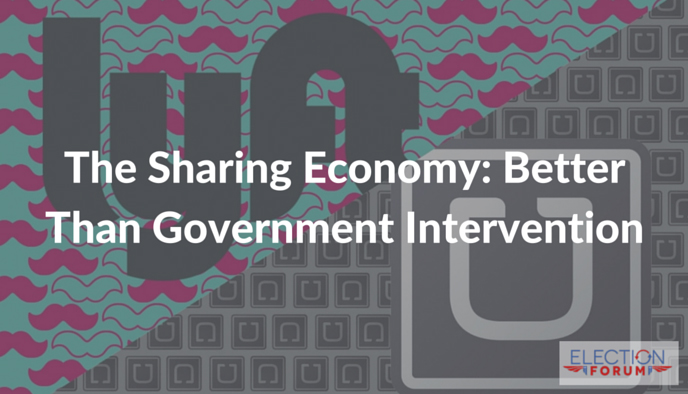 The sharing economy is expanding opportunity and increasing wealth and prosperity.

Uber, Lyft, and Airbnb are making giving people with modest incomes, extra space in their homes, or a free seat in their cars to make more money. It works out for them – and for current Uber passengers, it’s less entitled and over-priced taxi drivers to deal with.

But politicians in our cities, statehouses and in Washington DC want to stop the sharing economy.

It really comes down to consumer-driven standards vs. government-imposed mandates.

The government bureaucrats, and the politicians they support, don’t like that.

Rather than allowing individuals to make decisions for themselves and their property, they want the government take over and decide who gets what, and how to share.

It’s about control, bureaucracy, with its final goal of socialism.

The company is not discouraging commercial operators, who are renting out multiple homes.

They also “fear” that Airbnb is undercutting the expansion of affordable housing in different states.

They’re even claiming that certain homeowners are engaging in racial discrimination!

Airbnb fired back with an excellent press release:

“The vast majority of our hosts across the country are middle class people who depend on home-sharing as a way to address economic inequality.”

How about that? The very thing that Big Government politicians say they care about, the sharing economy is actually doing something!

3 Comments on “The Sharing Economy: Better Than Government Intervention”