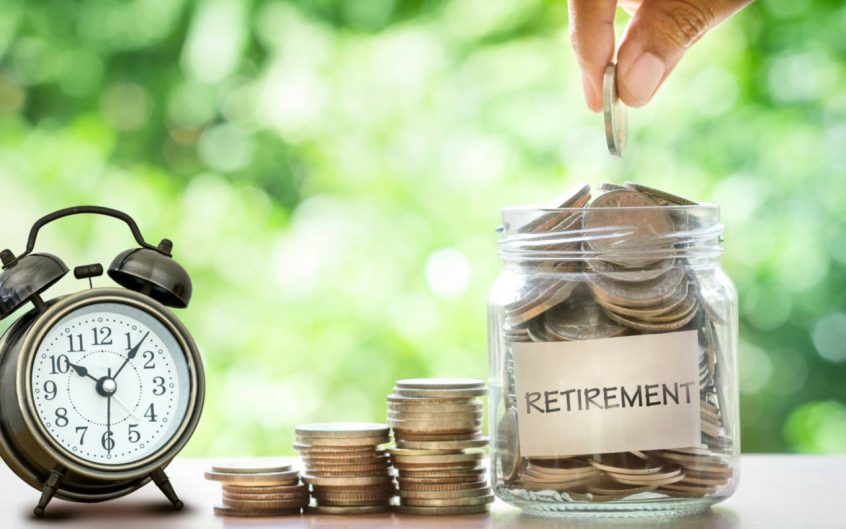 Those who will be retiring in the next 10-15 years – or those already in retirement – are faced with some troubling realities.

So as Americans retire, and those in retirement will tell you, living without income can be disturbing.

1. First, one in four of those under 65 doesn’t have retirement savings and will have to rely on Social Security alone.

And those who have saved money and invested have not saved enough. Those between 55 and 64 on average have about $120,000 in their IRA, 401k or savings.

Those who are getting a pension from their company or are living off their investments and savings are also going to be plagued with rising taxes.

If you are doing it, or if you know someone who is, it’s not easy.

That’s a lot different than the government – federal employees.

The bureaucrats get much more.

The politicians, who could possibly fix the Social Security crisis, stop inflation, taxes and other things that rob people of security in retirement, don’t have much of an incentive.

Those 60 and over, some 13% have no retirement savings:

In other words, whatever your age, it’s not good.

It’s estimated that most people need about 80% of their current salary in order to live in retirement.

2. Federal Government policies are creating economic realities that could devastate a person’s retirement.

Across the United States, many states are talking about an increase in taxes.

If you’re in Texas, Florida, Tennessee, and a few other states, you don’t have to worry about it.

But in other states, you do.

Income tax is going up.

In California, the higher tax rate could be as high as 16%.

And so are sales taxes going up.

Again, in California, the average sales tax between local, county and state taxes hovers between 10 – 12%, depending on where you’re making a purchase.

And it keeps going up.

And one of the most insidious taxes, that could rob a person of their home, is the increase in property taxes.

States like Tennessee, where property taxes are a fraction of what they are in a state like California, make all the difference between those retiring and those not.

So one of the things people should consider is that if they are in a high-tax state, move to a low-tax state for their financial survival.

Inflation is a combination of the debt and overspending by Congress, and the dramatic increase in the money supply caused by the Federal Reserve triggered by the overspending.

We are now in a period of historic money creation and historic trillion-dollar deficits. The result of this will be rising prices.

Anybody who has been to a store has seen the rising prices.

Anybody who’s a business owner knows all their costs are going to go up.

We could be seeing this year the value of everything going down by 4-6% due to inflation.

If you’re on fixed income, this is not sustainable.

But this is the future, based on the politicians and their monetary policies.

But there are solutions.

5. What is your personal solution?

Even if you’ve never invested before, you can do so.

If you’re still working, automatically taking money out for a 401K or IRA, or your own investment program is absolutely necessary.

How can you invest?

6. How investing works…every reader can do it.

There are two ways you can invest:

1. Understand that the earlier you start investing, the more money you will have at retirement.

It’s never too late. But it’s much better to start early.

2. The more years you invest, the more you end up with.

But the stock market average is 9.5%.

This higher interest is dramatically able to help you survive without worry and fear in retirement.

7. Social Security may not exist in the next 10 years…But if it does, it won’t be enough.

That’s right. It completely runs out of money.

It will be made bankrupt.

They either have to cut the benefits or dramatically increase the taxes.

That’s why it’s so critical that we privatize Social Security – so that if you want to invest, you have the freedom to take the money that you’re putting into Social Security and put it into the stock market.

There are ways to create a safety net to protect you from stock market losses.

But this is something that you should voluntarily be able to do and reap the reward of the higher return on the investment.

Plus, it would help save Social Security for everyone.

That’s going up as the aging population continues and people live longer… and sadly are outliving their saved money.

8. Discover how to invest no matter what your age.

Here are two things to know:

What I like about it is it’s about the only conference you’re going to find where many of the investment newsletter writers will make recommendations based upon a worldview that recognizes the problems in Washington and how to protect yourself.

They recognize how you can protect yourself from their bad policies, their deficit spending, and the coming inflation.