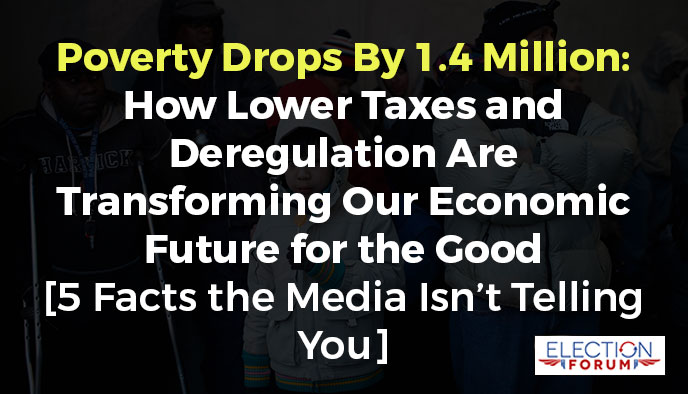 The socialist/progressive politicians and the mainstream media constantly talk about income inequality, wealth redistribution and the need to increase government regulation and taxes in order to guarantee every American a “living wage.”

This is just the opposite of what has been happening to lift people out of poverty.

Meanwhile, positive economic news is being ignored and is going unreported.

Here’s a list of encouraging economic facts that were released recently by the U.S. Census Bureau:

President Trump’s pro-growth agenda was designed to empower all Americans by helping parents, students and workers from all races and walks of life reach their full economic potential.

What can help sustain these positive trends?

What could reverse these positive trends?