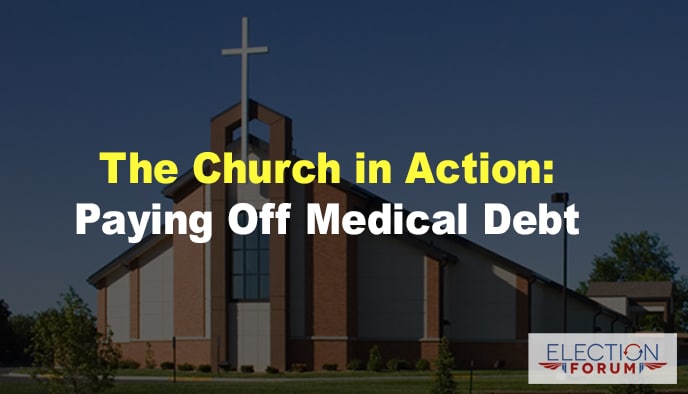 Over 4,000 families in a Texas community owed more than $10.5 million in medical bills…

They couldn’t afford to pay those bills…

The church focused especially on helping local veterans who had been injured while on duty.

This congregation believes that faith is not just intellectual belief in the historical birth, life, death and resurrection of Jesus … but that their faith needs to be converted into actions that reveal the love of Christ … and that impact individuals … and their local community.

The apostle Paul admonishes in Romans 12… “Let love be without hypocrisy…Be devoted to one another in brotherly love; give preference to one another in honor, not lagging behind in diligence, fervent in spirit, serving the Lord; rejoicing in hope, persevering in tribulation, devoted to prayer, contributing to the needs of the saints, practicing hospitality. (Romans 12:9-13)

Pastor Stephen Hayes sent out a letter to each family along with the funds, introducing them to the church … and telling them that God loves them.

“If you can imagine what those people this week will be feeling when they receive the letter that you sent them saying their debt is paid…He wrote to you in the book of John 19:30, ‘Hey, your debt of sin is paid. You are covered.’”

One Comment on “The Church in Action: Paying Off Medical Debt”