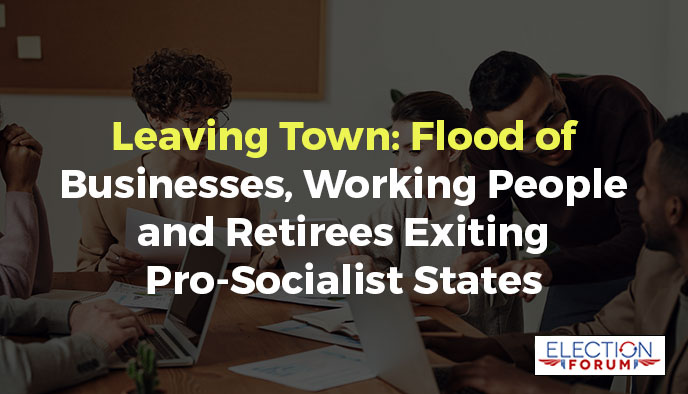 Folks are “getting out of Dodge” in record numbers…

The mass exit from high-tax, pro-socialist states to states with greater freedom is escalating.

Costs of starting and running businesses go way up.

Utility costs in socialist states are often double what they are in other states.

Crime and homelessness also are chasing people away.

In New Jersey, 44% of the adult population is looking to flee the state.

In Connecticut, 50% of the residents want to move away.

The percentages are similar based on political philosophy:

Those who are thinking of leaving California are about evenly split between African-Americans (58%) and whites (56%).