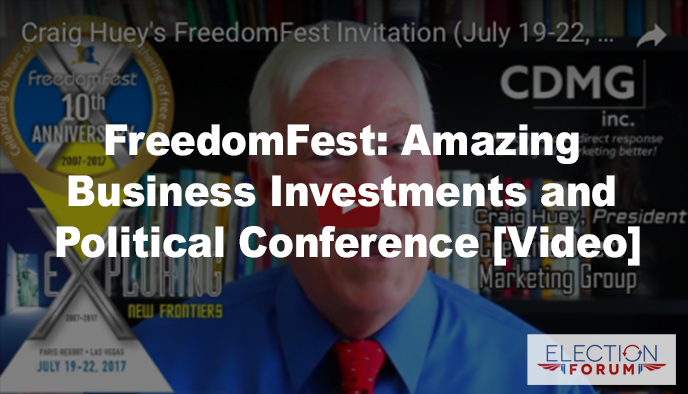 I will be a speaker again at the upcoming FreedomFest conference.

I hope you can join me.

The event takes place July 19-22, headquartered at the Paris Hotel in Las Vegas.

O’Keefe is known for his Project Veritas undercover videos on Planned Parenthood selling body parts and a CNN producer candidly revealing there’s no collusion between Trump and Russia.

O’Keefe, who has spent time in jail for his work, will speak on “Exploring New Frontiers in Journalism: How to Use Guerilla Communications Techniques and the Internet to Circumvent Mainstream Media.”

Enter this code FS2017 when you register.

If you want to find out how to maximize your company’s earning potential, email me at craig@cdmginc.com or call me at 310-212-5727.

Here’s a quick video I did on the conference.