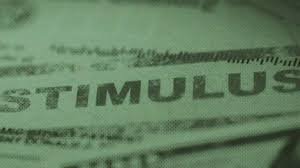 That’s hardly accurate, as less than one-third of the $1.9 trillion is actually going toward COVID-related relief.

According to Newsweek, “overall spending for public health is $400 billion, or roughly 21 percent of the proposed stimulus package.”[1]

President Biden is calling the legislation the “American Rescue Plan Act.” He claims the provisions in the bill will “change the course of the pandemic.”

Nothing could be further from the truth. Here are 7 facts that refute his claim:

1. The course of the pandemic has already been changed by COVID-19 vaccines that Biden had nothing to do with.

But don’t bother reciting facts to the socialist-Democrats who are intent on wealth redistribution and on creating more government dependency for more and more middle-class Americans.

Of course, socialist-Democrats are masters at disguising the ravenous wolf of socialism in the sheep’s clothing of stimulus checks for all. This is intended to garner support for socialistic economic policies even among political conservatives.

3. “Free” government money is impossible to resist, even for fiscal conservatives.

For starters, Biden promises to supplement the earlier $600 COVID-relief pittance with a $1400 check to all Americans who had less than $75,000 of taxable income in 2019.

Never mind that millions of Americans who will receive this “free” money have never missed a paycheck since the beginning of the pandemic. Apparently weeding out those essential workers and only sending checks to those who have filed unemployment claims in the past year is too much of an administrative task to ask the bloated federal bureaucracy to perform.

4. The “stimulus” package raises the current $300 federal government add-on to state unemployment benefits to $400 per week – and extends these payments until August 2021.

This means that many who remain unemployed will be receiving more in government benefits than they would receive in income if they were working!

Who wants to go back to work and take a “cut” in the free money they’re getting while they aren’t working?

The clear intent is to reduce – and eventually destroy – the middle class and increase the number of Americans who are dependent on the federal government for their income.

5. The “stimulus” bill is a bailout of irresponsible socialist-Democrat cities and states at your expense.

Biden wants to send $350 billion of your future hard-earned tax dollars to bail out fiscally-irresponsible Democrat-controlled cities and states that lost millions in tax revenue when they:

Thus, states such as California and New York – and others – which locked down and destroyed their economies, will be rewarded by this legislation… while fiscally responsible states such as Florida and other states which reopened and allowed people to go back to work and school, will be punished.

6. The bill is loaded with political favors and wasteful spending on special interests.

The bill also contains – among other special interest giveaways:

More wasteful spending designed to reward lobbyists and political donors… and curry support for the 2022 midterm election and the 2024 campaign.

7. The bill does not create jobs or stimulate the economy. It kills jobs and stifles entrepreneurship and innovation.

The American Rescue Plan will not create new jobs or revive and strengthen the free-market economy that produced the lowest unemployment numbers in over 50 years before the COVID-19 pandemic struck.

In fact, if the federal minimum wage is increased to $15 per hour – another feature of the House version of the bill – 1.4 million jobs will be lost as a result according to the Congressional Budget Office.[4]

And as always, whenever the federal minimum wage is increased, millions of full-time workers across the U.S. will see their hours cut to part time to reduce the increase in the overhead costs of operating small businesses.

In addition, starting a new business becomes more difficult than ever because of the high wage requirements. This stifles innovation and entrepreneurship.

Career politicians who have never run a private business, and career government bureaucrats who couldn’t care less about the struggles of American workers in the private sector, never seem to account for the law of unintended consequences.

The American Rescue Plan Act now moves to the U.S. Senate where it will be allowed to pass by a simple majority vote.

If the Senate passes the measure, but its version ends up differing from the House version, a reconciliation process will produce a compromise bill.

If you oppose socialism, contact your two U.S. Senators from your state and urge them to vote against the American Rescue Plan Act and to instead pass legislation that opens the economy back up, creates new jobs and encourages those who are out of work to go back to work.

This is what our economy needs – not government handouts that increase our dependence on the federal government… and increases our national debt to unsustainable levels.