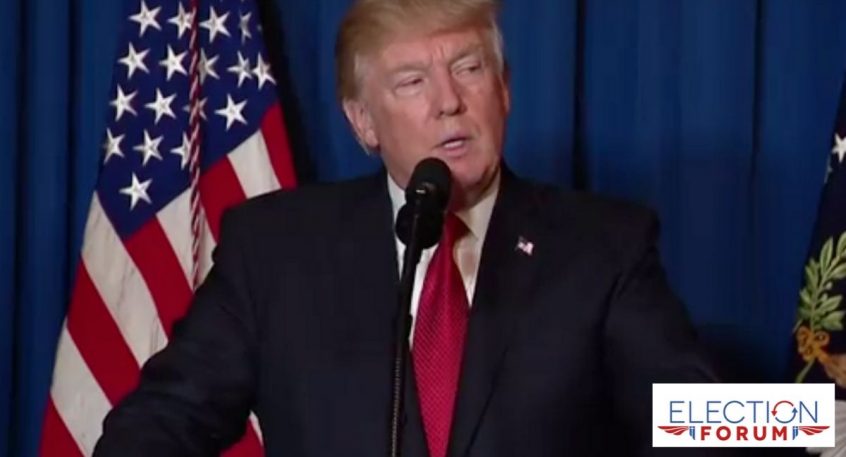 Many are confused about:

Central to all three of the questions above is this: Was President Trump responsible for the Capitol riot and mob invasion on January 6, 2021?

Let’s take a quick look… recognizing that the news media, social media and Big Tech have only provided one slanted, biased point of view.

Here are 11 little-known facts the media is not reporting:

1. President Trump did not incite the riot by his speech on January 6th.

The media says Trump incited a mob to insurrection. The politicians keep repeating this narrative. But it’s not true. It’s a distortion of fact and reality.

He gave the same speech on January 6th that he had previously given on multiple occasions.

President Trump has never encouraged or called for violent protests. He has always been against violence.

2. The Capitol riot was pre-planned to be a violent attack.

The planners were criminals and crazed, violent people. They tried to recruit others to support them through social media.

Those who were involved in breaking into the Capitol building were:

The FBI knew and warned the Capitol police about the violent groups using the Trump rally to do violence. The warning for some reason was ignored.

Vice President Mike Pence followed the Constitution and did the right thing.

President Trump was given wrong information about what could be done on the day of certifying the Electoral College vote. Pence followed constitutional scholars and historical precedent. As a result of being misinformed, Trump was upset with Mike Pence…and told the world so.

4. This impeachment is political theater only.

The Democrats say they want to bring healing to the country. Yet their actions say that all they want to do is to embarrass Donald Trump and all 74 million voters who voted for him.

It takes a two-thirds majority vote in the Senate to reach a conviction in an impeachment trial. This means 17 Republican Senators would have to join all 50 Democrats in voting to convict.

45 Senators have already declared the impeachment trial to be unconstitutional.

It’s a waste of time and money.

Why do this? The Trump-haters selfishly want to:

5. The impeachment trial is unconstitutional.

The purpose of impeachment is to remove a president or other official from office while they are still in office.

Conducting an impeachment trial of a private citizen or former President is unconstitutional.

The Chief Justice of the U.S. Supreme Court is required to act as judge in an impeachment trial. But Chief Justice John Roberts refused to conduct the trial because it is not constitutional.

The Senate Democrat majority and six Republican senators voted that it was constitutional. But they are doing this for political theater…

And, Trump had no trial in the House, no witnesses…it was a partisan sham. No due process.

6. It’s impeachment for free speech the Democrat Socialists didn’t like, not incitement to riot.

450,000 people peacefully gathered to protest and hear speakers they wanted to hear, including President Trump.

Free speech about voter fraud and fair elections is not incitement to riot.

Constitutional law professor Jonathan Turley pointed out that Democrats are violating the basic tenets of free speech. “Trump did not call for the use of force,” Turley wrote. “He told supporters to go ‘peacefully’ and to ‘cheer on’ his allies in Congress.

You can’t impeach for opinion or free speech.

7. There have been lots of lies, innuendos and claims of knowing Trump’s motives. We must keep to facts.

The politicians and media make it sound as if an armed group of Trump supporters were trying to kill members of Congress and take over the government.

This is not true.

8. Descriptions of the Capitol riot are fear-driven and over-the-top.

I hope everyone involved in the Capitol Hill riot, and those who illegally entered the Capitol, get full punishment. Those who committed violence and destruction should receive full justice.

But this mob action – similar to what’s happened in most every major city with no condemnation by the Democrats – is being called as bad as 9/11, Pearl Harbor or Gettysburg.

One media outlet equated it to genocide.

Its so over-the-top, it loses credibility. It’s distorting reality. What happened was wrong and bad. But not America’s worst violence.

9. Trump will not be convicted.

It takes two-thirds of senators to convict Trump of the article of impeachment, which means 17 Republicans would have to join all 50 Democrats. It won’t happen.

10. This trial may change America’s history.

The trial – especially if Trump is convicted — will result in future Presidents being impeached for partisan, frivolous reasons.

It sets a bad precedent for going after any political opponents to silence and destroy them.