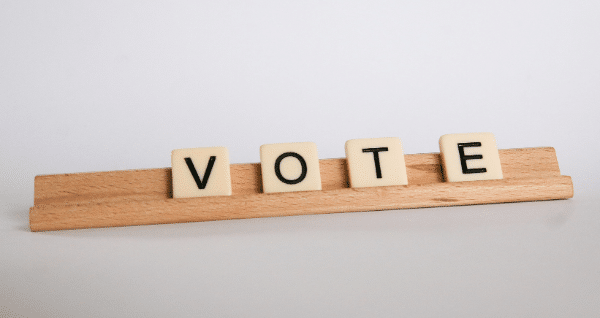 The historic attack on Christian liberty – along with its demise or its preservation – is on the ballot in this election.

Here are 6 differences between the religious liberty viewpoints of Donald Trump and Joe Biden:

President Trump has appointed over 200 federal judges and has nominated 3 Supreme Court justices. All of his appointees and nominees believe the role of judges and justices is to determine the constitutionality of laws based on the original meaning of the Constitution – they are in this sense strict constructionists. They do not believe it is proper for judges to reconstruct or reinterpret the Constitution based on cultural changes.

Joe Biden pledges to appoint judges who are judicial activists – who believe it is proper for judges to create laws and regulations from the bench. Biden doesn’t believe in “originalism” or “strict constructionism.” He believes the Constitution is a “living, breathing” document that should be reinterpreted for the culture in which we are living in the 21st century.

When judges legislate from the bench and create new laws, here’s what happens:

2. Protecting the consciences of Christian business owners and employees.

President Trump doesn’t believe Christian business owners or employees should have to contradict their convictions or violate their consciences because of anti-discrimination laws.

He used the Department of Justice to defend the Christian baker Jack Phillips who was sued over and over again for disobeying Colorado’s anti-discrimination laws.

Trump believes Christian business owners should be able to live their faith in their businesses without having to compromise their beliefs to accommodate those who are not willing to tolerate those beliefs.

Joe Biden, on the other hand, wants to force Christian business owners to conform to social views that violate their faith.

President Trump ordered the Department of Justice to protect religious schools from being charged with discrimination. He supports school choice for parents.

President Trump appointed Sam Brownback to be the Ambassador-at-Large for International Religious Freedom.

He also – along with Secretary of State Mike Pompeo – established an annual Ministerial on Religious Freedom in which hundreds of heads of state and government leaders from 150 countries around the world gather in Washington, D.C. to be encouraged to promote religious freedom in their respective countries.

Joe Biden has expressed no interest in promoting religious freedom around the world, or in holding countries responsible which persecute Christians and other religious minorities, by instituting sanctions or withholding certain types of aid.

President Trump suspended enforcement by the IRS of the 1954 Johnson Amendment, which has prohibited pastors from speaking about political candidates and their political positions from the pulpit.

This is a free speech issue. Pastors should be able to speak freely from the pulpit about politics and public policy without fear of the church losing its tax exempt status.

Joe Biden doesn’t believe pastors should have free speech rights on the subjects of politics and political campaigns. He supports the Johnson Amendment.

President Trump and Joe Biden couldn’t have more opposite views on this subject.

He favors opening the entire country while maintaining reasonable safety precautions for the Coronavirus pandemic.

Joe Biden is in favor of church closures and business lockdowns until “we get a handle on this thing.” Whatever that means.

Biden accuses the president of not having a “plan” to battle the COVID-19 pandemic. But Biden hasn’t articulated his own plan.

Do you want to know how to vote on the confusing propositions, judges, and all the candidates? You can check out our voter guide on election forum.org, click here to view.

3 Comments on “Biden vs. Trump on Religious Liberty: 6 Differences Every Voter Should Know”