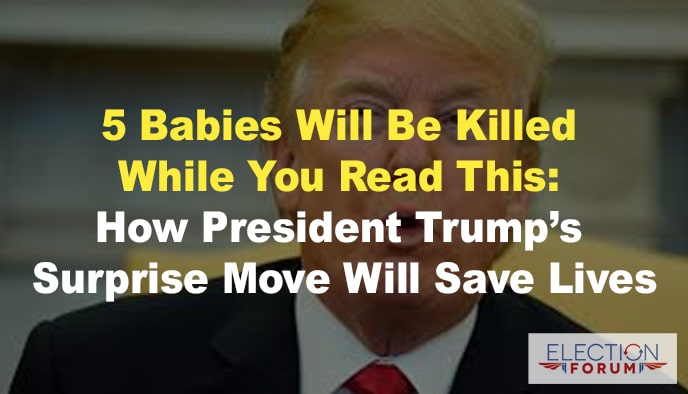 Before you’ve finished reading this update, 5 more babies will be killed in the U.S.

By abortion – paid for by taxpayers through government funding of Planned Parenthood and its 665 “health centers.”

They are without doubt NOT health centers for unborn babies.

When I was in New York with evangelical leaders in early 2016, one of candidate Trump’s promises – if elected president – was to defund abortion in the U.S.

A giant step in that direction has been made with President Trump’s executive order requiring “a bright line of physical as well as financial separation” in programs that receive Title X federal funding for family planning services.

The executive order stipulates the following:

If Planned Parenthood clinics agree to not perform or promote abortions, they will still qualify for Title X funding. If they don’t agree to the standard, they won’t receive government – meaning taxpayer – funds.

Trump’s executive order is modeled after a Reagan administration policy.

Because the executive order will most likely face legal challenges … but the issue already has been ruled constitutional by the U.S. Supreme Court.

4 Comments on “5 Babies Will Be Killed While You Read This: How President Trump’s Surprise Move Will Save Lives”