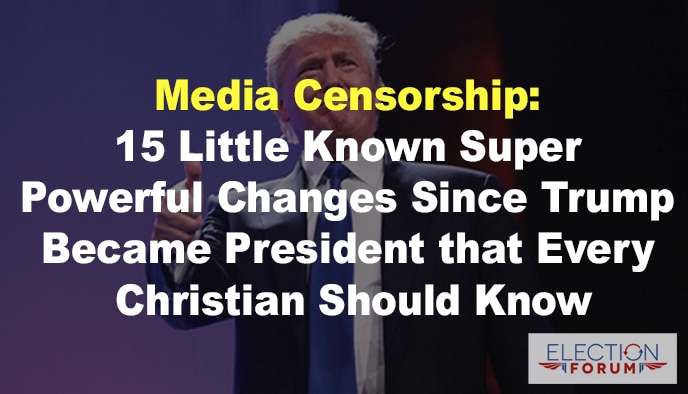 A lot has happened in one year since then…

There may be lots of things to complain about … and the media is doing a good job reminding us of this daily.

But there is also a lot to be thankful for.

Here are just 15 accomplishments that have stood out since the inauguration of President Trump:

One Comment on “Media Censorship: 15 Little Known Super Powerful Changes Since Trump Became President that Every Christian Should Know”