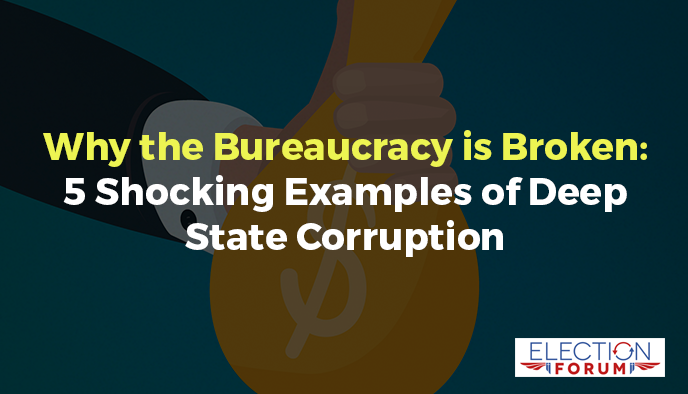 Staff thrust into positions for which they haven’t been trained…

Personal aide dispatched to pick up Administrator’s children from school…

These are just a few of the examples of corruption and abuse taking place at the Federal Emergency Management Agency (FEMA) – an agency within the Department of Homeland Security.

Although FEMA distributed more than 35 million meals in Puerto Rico in the aftermath of Hurricane Maria in 2017, the agency admitted it failed to prepare adequately for the storm … and took too long to offer assistance.

A study by the Government Accountability Office (GAO) revealed that during the height of the 2017 hurricane season, 54% of FEMA’s staff were serving in capacities for which they weren’t fully qualified.

Bureaucracy is always inefficient and slow in comparison to the private sector.

The Department of Homeland Security (DHS) Office of Inspector General found that the FEMA Administrator spent $150,000 of taxpayer funds on personal travel expenses.

Among those unlawful expenses were:

In another DHS Inspector General report, FEMA’s bureaucratic inefficiency and “lack of process” in tracking insurance reimbursements was cited as the probable cause of “billions of taxpayer funds” wasted…

But with all its failures, FEMA wants more and more…

The solution to FEMA’s ineffectiveness and slow reaction to emergencies isn’t more personnel and a larger budget. It’s a narrower focus with a smaller number of employees and less bureaucratic red tape:

Whenever a disaster strikes anywhere in the world, churches, private foundations and other charitable “tithe agencies” always play a major role in providing humanitarian assistance and disaster relief.

In contrast, FEMA is never going to be able to react as quickly to changing on-the-ground circumstances as private operators and groups with established ties to affected communities.

About 1/3 of the FEMA bureaucracy is fighting against President Trump – trying to embarrass him and sabotage his policies … and using your tax dollars to implement their own socialist political agenda.

For example, after Hurricane Harvey in 2017, FEMA denied funding to churches and religious organizations to repair the damage caused by the hurricane

In chapters 3 and 4 of my book, The Deep State:15 Surprising Dangers You Should Know, I talk about:

You can order a copy of The Deep State:15 Surprising Dangers You Should Know by clicking here.