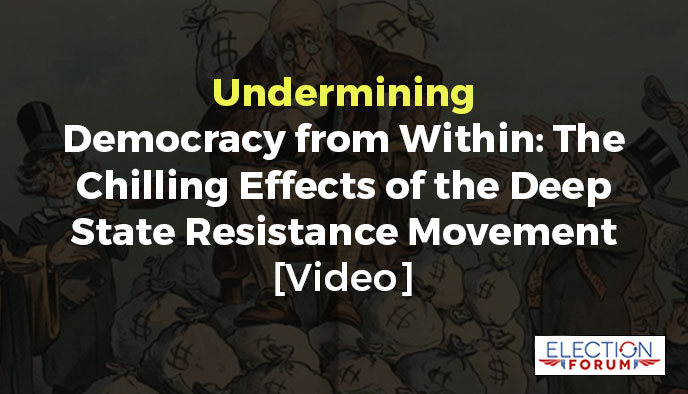 The mainstream media won’t tell you what’s going on…

The politicians are ignoring the problem…

But the chilling effects of both current and former career government bureaucrats – the Deep State resistance movement – are being exposed.

The effects on our democracy of the Deep State resistance movement against President Trump are truly disturbing.

Every time White House career staffers and executive branch career bureaucrats ignore a direct order of the President of the U.S. – or subterfuge and delay implementing it – the foundations of our democracy are undermined and weakened.

The most terrifying threat to our democracy is not Russian disinformation campaigns designed to cause confusion and chaos in our electoral process.

The most terrifying threat to our democracy is the power of unelected bureaucrats to ignore the orders of the duly elected President of the United States.

Watch this shocking video revealing how our democracy is being eroded from within by the very people who are accusing Vladimir Putin and his government of eroding it from without (4 ½ minutes).

One Comment on “Undermining Democracy from Within: The Chilling Effects of the Deep State Resistance Movement [Video]”