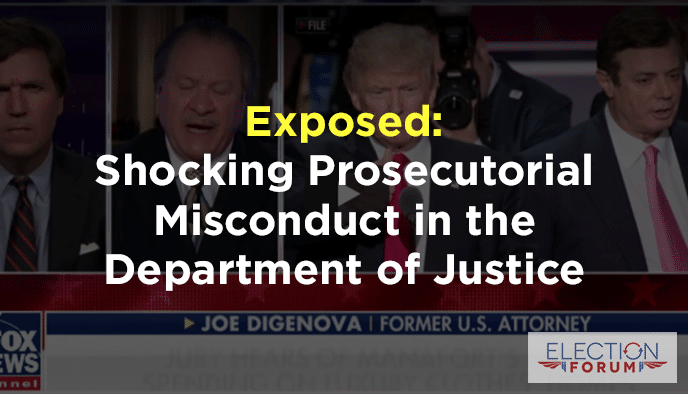 These and other acts of prosecutorial misconduct have been planned and carried out by Special Counsel Robert Mueller and his strongman lead prosecutor Andrew Weissmann … and approved by Deputy Attorney General Rod Rosenstein and FBI Director Christopher Wray.

And the media keeps hiding from the American people the real motives and reasons for such extreme “over the top” measures … which is to take down President Trump by any means possible.

You’ve heard almost nothing about Andrew Weissmann since he was hired by Robert Mueller to be his top prosecutor in the mis-named “Russia Collusion” investigation.

It’s time you got to know more about him and his history of prosecutorial abuse.

You can watch the entire Life, Liberty, & Levin interview with Sidney Powell here.

It’s a more accurate title for what Mueller and his team of prosecutors are trying to do.

2 Comments on “Exposed: Shocking Prosecutorial Misconduct in the Department of Justice [Videos]”