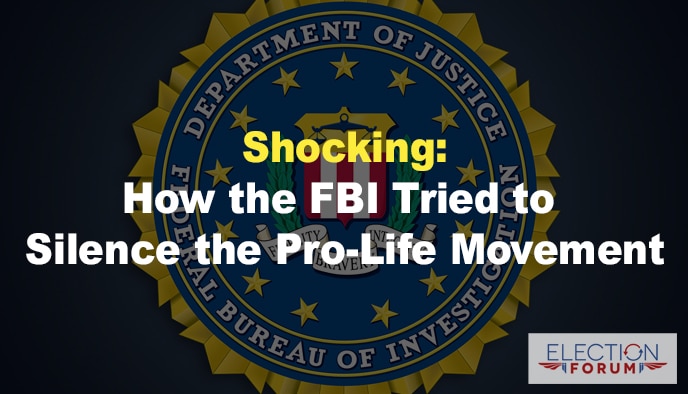 We already knew that the Federal Bureau of Investigation has been totally politicized…and infiltrated with progressive ideology.

We knew that leaders at the top echelons of this government agency have attacked the current administration, using spying, manipulation and information leaks.

Now, more shocking news has emerged: FBI leaders are exercising their power to destroy anti-abortion and pro-life activism…silencing any voice that would stand for life.

Peter Strzok and Lisa Page are the FBI agents who misused a fraudulent dossier paid for by the Democratic National Committee and Hillary Clinton campaign to spy on Trump…and try to dig up scandal in the “Russia Investigation.”

In discussing the 2016 March for Life in Washington D.C. – a peaceful demonstration against the legalization of abortion in the U.S. – Strzok and Page said, “I truly hate these people.”

They schemed on how to use their power to “cancel the permit” for this pro-life event, using obscenities to describe the marchers.

The March for Life shows the gruesome and horrific reality of what victims of abortion look like on jumbo screens—exposing truth to thousands of people and bringing light to the murder of the unborn.

Strzok and Page suggested using a “snow emergency” to cancel the permit…suppressing truth and stamping out free speech.

This is Deep State corruption at its worst…high-level government officials using their authority to advance their own political agenda.

…at the expense of free speech…and life.

To learn more about how the Deep State is trying to strategically destroy conservative and Christian values…and how we can stop their tactics….read my new book, The Deep State: 15 Surprising Dangers You Should Know.

In this book, you’ll discover:

To order The Deep State: 15 Surprising Dangers You Should Know, click here. https://deepstatebook.com

One Comment on “Shocking: How the FBI Tried to Silence the Pro-Life Movement”