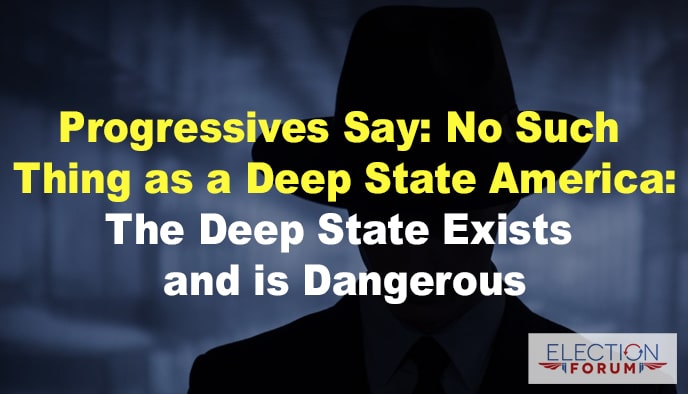 A recent Monmouth poll showed that 74% of Americans believe in the existence of a Deep State.

The poll described “Deep State” as “a group of unelected government and military officials who secretly manipulate or direct national policy.”

Six out of 10 poll respondents agreed that unelected or appointed government officials have too much influence in determining federal policy … while 26% said the right balance of power exists between elected and unelected officials.

Mika Brzezinski – co-host of “Morning Joe” said, “The attacks against the so-called Deep State … by the president and some Republicans actually might be taking hold.”

Why do the media and the politicians deny the Deep State exists? See Chapter 3 of my new book, The Deep State: 15 Surprising Dangers You Should Know.

What is the Deep State in all its forms? See Chapters 1 and 2.

Meanwhile, Susan Page – Washington bureau chief for USA Today, says “…this is, I think, a new phenomenon for Americans in modern times. For a majority of Americans to believe that there’s a Deep State, I think is a shocking finding.”

She believes the poll numbers are a result of President Trump’s attacks against the federal government … and that the people should trust the government to investigate itself.

Trust government to investigate itself? Give me a break!

Also in The Deep State: 15 Surprising Dangers You Should Know:

Or I’ll autograph your copy if you order here.