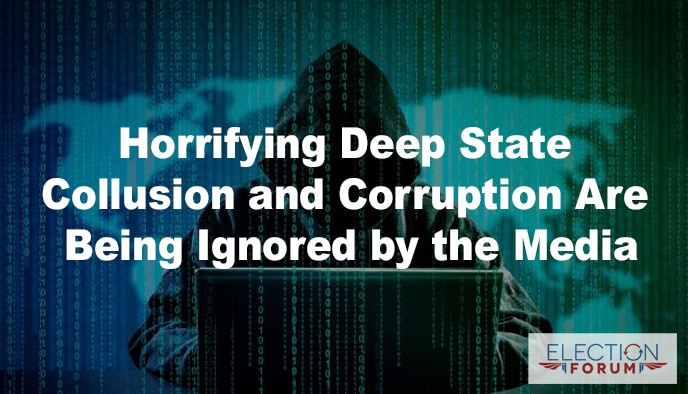 If you want to know what collusion that affects the outcome of an election looks like, look no further than the FBI, the Department of Justice and the Democratic National Committee.

A joint congressional investigation by members of the House Judiciary Committee and the House Oversight and Government Reform Committee has confirmed the following facts:

This evidence confirms the congressional suspicion that the FBI knew the Steele dossier amounted to an opposition-research effort to defeat Trump.

By convincing voters he was a “puppet” of the Vladimir Putin regime … subject to blackmail by the Russian government.

The FBI failed to disclose to the FISA court the source … the funding … and the intended use of the opposition “intelligence” when agents applied for the surveillance warrant to spy on Carter Page.

The use of partisan “intelligence reports” to justify spying on American citizens is why President Trump should declassify all the FBI documents regarding the Russia collusion probe.

This is also why congressional oversight over executive branch federal agencies – including so-called “independent counsels” or prosecutors operating under the Department of Justice – is so vitally important.

Because we can’t expect a special counsel to investigate – and possibly indict for intentional wrongdoing – the same DOJ official who appointed him as special counsel!

Don’t forget – the Deputy Director of the DOJ – the official who appointed the special counsel and instructed him regarding the parameters of his investigation – signed the renewal applications for the FISA surveillance warrant on Carter Page.

In my book, The Deep State: 15 Surprising Dangers You Should Know, I explain in the first chapter precisely what the Deep State is.

In Chapter 5, I explain how intelligence agencies are weaponized to carry out the Deep State agenda – things you won’t read elsewhere concerning the FBI, CIA and more (see page 61).

Chapter 11 covers voter fraud … explaining Deep State strategies and tactics to gain more votes and more power … while trampling on your rights and suppressing your voice as a U.S. citizen (see page 143).

I also zero in on how bloated bureaucracies and government agencies waste your taxpayer dollars (see page 45).

Here are a few other horrifying highlights from the concise, fast-moving book:

This is just some of the must-have material you will find in my book.

You can order a hardback copy of The Deep State: 15 Surprising Dangers You Should Know on Amazon. It’s also available on Kindle.

Deep State operatives want you to be ignorant of the truth, so they can expand their power and resist anyone who disagrees with their progressive agenda.

I believe the Deep State is one of the greatest dangers to America today – to your rights, your freedom, and everything you value and have worked so hard for.