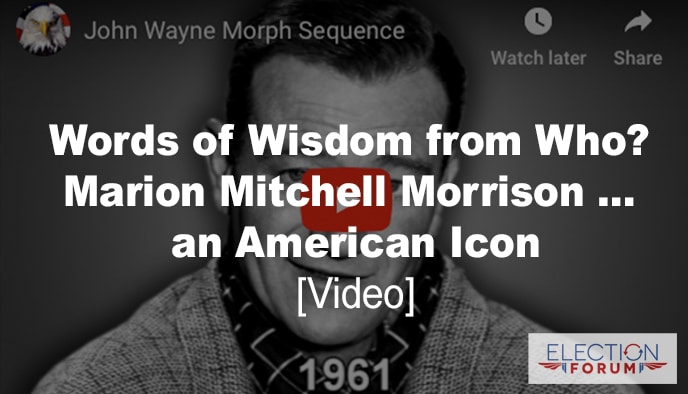 But you never knew him by his given name.

You knew him by his professional acting name … John Wayne.

Listen to some of his thankful words of wisdom as he recites the poem “The Good Things.”

And watch his appearance morph from his baby picture to the last photo taken of him the year of his death.