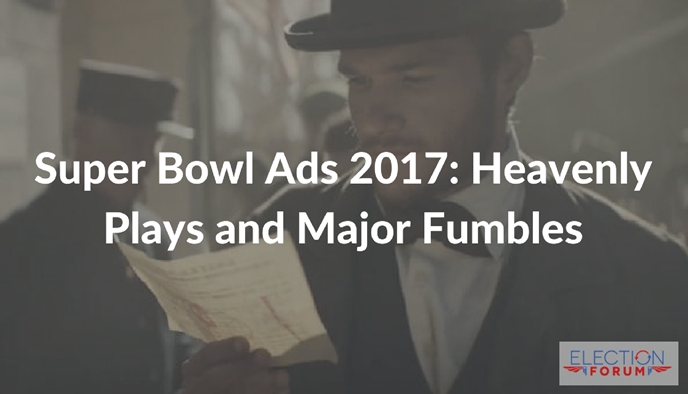 There was a lot of drama from a memorable game … a suspenseful half-time … and ads that produced controversy.

As the owner of an advertising and marketing agency for over 40 years (winning over 79 awards and serving international clients), I watched the ads very closely—my wife would say too closely.

Advertisers paid around $5 million for a 30-second spot.

Was it worth it? What was the cost for the heavily politicized slant of the commercials?

A private company President can make any statement he wants to with his company. If he wants to risk animosity and lose sales, fine.

But a public company should be more careful. The CEO should be helping the shareholders, not  endangering them. The economic, political, and culture war can lose customers.

If the companies were trying to create commercials which give a positive image to the company and increase sales, six companies failed badly.

The companies which chose to announce a liberal political statement were:

The winner? Anheuser Busch’s “Born the hard way” with over 20 million views.

The T-Mobile ad “Unlimited Movies” with Justin Bieber got about 9 million views.

A cute Skittles commercial called “Romance”, got a little over 8 million views.

Audi’s “Drive Progress” about equality (and not the car) got about 8 million views.

The 84 Lumber ad mentioned above had around 2 million views.

Trump fans and supporters were the most upset with Budweiser’s commercial. The video received about 15,000 mentions on Twitter, largely with the #BoycottBudweiser hashtag.

Airbnb was mentioned 854 times with the #WeAccept hashtag, and recorded an average 425 interactions per tweet.

Ratings for NFL games in general have suffered, particularly because of the anti-American stances of key players, such as Colin Kaepernick’s decision to kneel during the National Anthem.

Other viewers around the country have boycotted the show because of the dissolute behavior of other football players, too, as well as the more liberal agenda of the commissioners and the corporate sponsors.

For the first time in NFL History, a Super Bowl went into overtime.

The Atlanta Falcons were favored to win, and had built up an impressive record of 28 points.

Then after half-time, the New England Patriots aggressively scored, pushed the game into overtime, and claimed victory 34-28.

There has never been that kind of comeback in NFL history, either.

And another interesting tidbit? President Trump predicted a Patriots victory by 8 points, and their sudden win was just like Trump’s victory on Election Day, 2016.