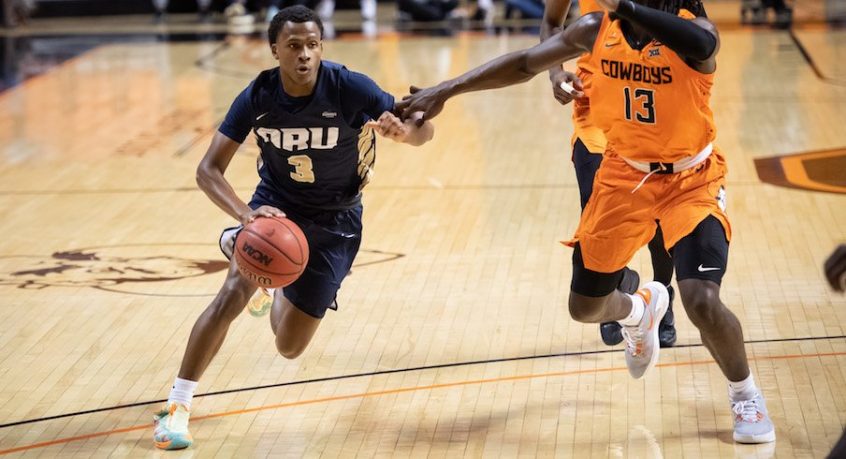 Because Christians are “bigoted,” “haters,” and harmful to society.

It’s a major new push by the media and pro-socialist politicians – banning Christian colleges from playing in the NCAA.

What sparked the controversy was the incredible success of Oral Roberts University Basketball – where they almost won the March Madness Sweet 16 Tournament.

They say Oral Roberts’ values are “a relic of the past” and “incompatible” with NCAA’s values of “equality” and “inclusion.”

The “problem” for Oral Robert University is that their student code of conduct bans profanity and other behaviors – such as homosexuality, same-sex marriage, and occult practices.

According to USA Today, “However accomplished its young student athletes are, the school board is a hotbed of institutional transphobia, homophobia with regressive, sexist policies.”

Oral Roberts University’s reaction? They will stand for Biblical truth without compromise.

And the evil attack on people of faith has allowed the gospel to be even more proclaimed.

The Tulsa, Oklahoma university has been besieged with media requests, from New York to LA, from “SportsCenter” to “Good Morning America.”

“My dream in coming to ORU was to see what an impact athletics could have on the university,” Carter said. “And what we’ve seen is a spike in visibility and image.”

“We hope to see a spike in enrollment. We’ve certainly seen a spike in applications, a spike in donations. Everyone is starting to rally around it.”

When the Golden Eagles beat Ohio State in their NCAA Tournament, Mills opened his Zoom not with a hymn, but with a Psalm – Psalm 118:1. Mills says he listens to it before every game.

“Give thanks to the Lord, for he is good.”

One Comment on “Should Christian College Basketball Be Banned from Playing?”