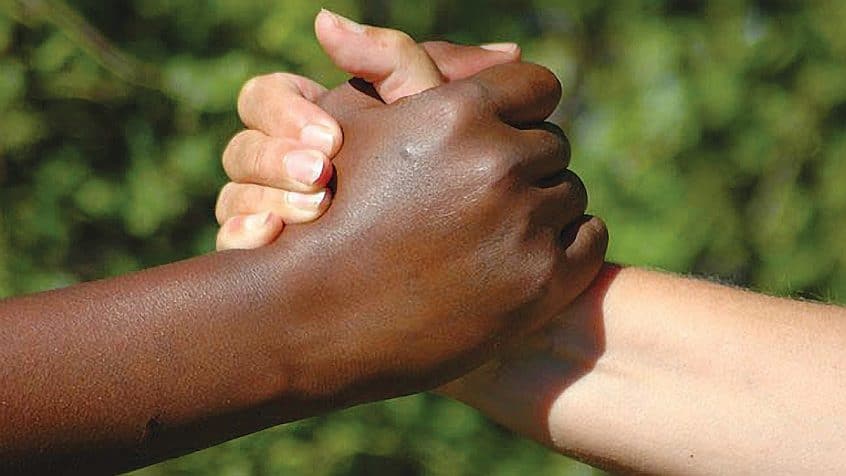 Pastor Todd speaks and works with me at Election Forum.  Below are his thoughts on our culture and politics.

Where the police fail; the people make up…

Read his article below:

RACISM IS NEVER THE ANSWER

I grew up in Los Angeles.

When I was young, I was jumped and beat to a pulp on multiple occasions. During one of these times, my childhood pastor came to see me right after it happened. Glass was broken on my head. Hit with baseball bats. Nike imprints in my back.  Pastor Jerry Moreno is still pastor of Chatsworth Foursquare Church today.

Later, I was stabbed nine times by a Latino man at the age of 23 in Granada Hills, California—walking through an apartment complex at around 9:45 at night after leaving the gym.

I would never look at all Latinos as at fault. It was ONE man’s fault. It was the man who stabbed me—a man who was demonized and full of hate—-that’s it!

Then God asked me to forgive him…it was hard…but I did. I never even pressed charges. Don’t believe me? Ask the ex-police Commander who I still am friends with till this day.

If I said anything about how other Latino people were at fault, I would be a fool! Some of the best friends and mentors I have had in my life are of Latino background.

I grew more in my spiritual walk at a Latino run house of prayer than just about anywhere else, spending time under the leadership at that fantastic and on fire church. I still visit there today.

I would have robbed myself of a ton of blessing if I blamed my stabbing on anyone else.

It was one evil man who I was asked by the Lord to forgive.

He later gave his heart to God because of that forgiveness…then he lost his life early in a car accident.

My point is people try and pretend racism is only a one-way street. This is nonsense.

Racism is demonic. It has many forms. The enemy wants us angry and divided and hating people that we do not even know simply because of the perception and narrative we are told.

And if we believe their lies, we are guilty as charged.

A few days ago, a young man beat up a senior citizen in a nursing home. Also, I remember being downtown LA a few years back, and only a block away someone was shot for walking down a street and being the wrong color. These stories were not reported because they did not fit the media’s divisive narrative. This happens every single day.

They want us divided because divided people are weak.

United, we are strong. Divided, we fall.

Let us come together as one people under God.

Racism is never the answer.

What do you think?  Email me at Craig@ElectionForum.org.