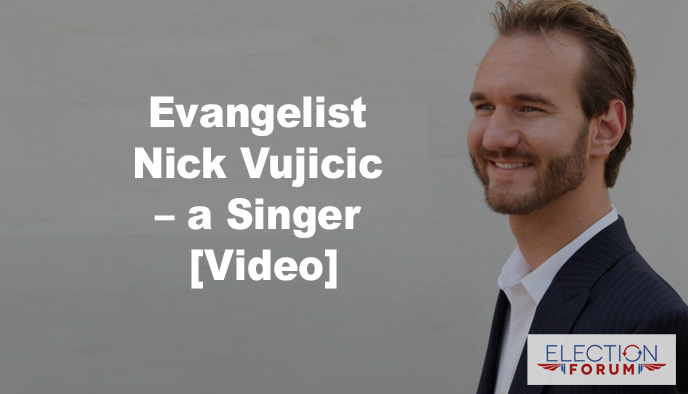 I love Nick Vujicic and his ministry.

I’ve also spoken at a couple of events with him.

He was born without arms or legs, but he has a vision and passion for Christ.

Known worldwide as the “limbless evangelist,” he is releasing his first album, titled “Brighter World.” It is set to be released in January of 2018, but can be preordered here.

He says he has wanted to take his mission of spreading hope, purpose and encouragement across the globe and combining it with his love of music and song.

He released a music video of him covering the song “Something More,” which has gotten more than 6 million views.

When not doing music, he travels to schools, prisons and conferences to share his inspirational story of how God helped him get through life as a limbless man.

Here’s a video of Nick singing “Something More.”