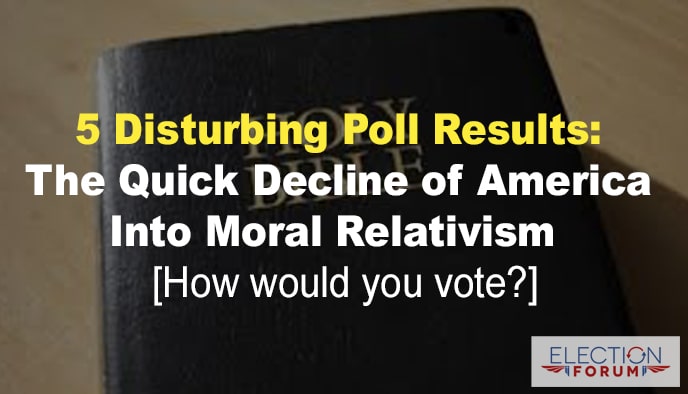 Since the early 2000s, Gallup has annually tracked the views of Americans on the moral acceptability of various attitudes and behaviors.

The overall trend is disturbing…it clearly points to higher levels of acceptance of behaviors the Bible clearly condemns.

Below are some of the results of the latest survey…

This shift reflects that a Christian world view is becoming more and more at odds with our culture.

But the moral requirements of Scripture are not optional for Christians. We must not pretend for any reason that they are…even if it means being criticized or rejected by friends, co-workers or even family.

One Comment on “5 Disturbing Poll Results: The Quick Decline of America Into Moral Relativism [How would you vote?]”