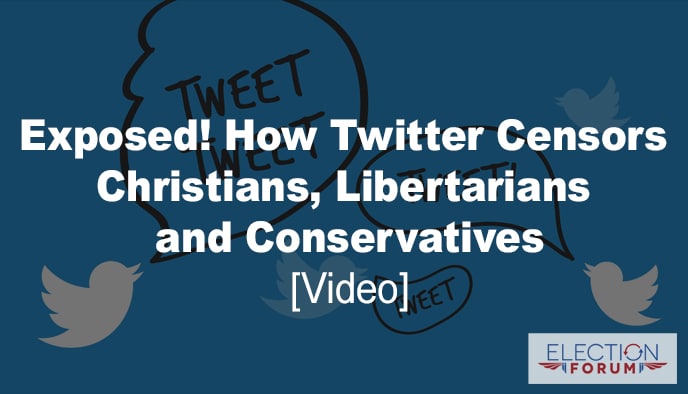 I’ve been warning about the unholy alliance between liberal political ideology and social media for about a decade.

Now it’s being exposed for all to see…

Facebook recently admitted to filtering out conservative and Christian viewpoints in the “Trending Topics” and “Related Topics” sections of their web site.

The entire Twitter platform was built around real time, uncensored thought … or so we thought.

He explained: “The idea of a shadow ban is that you ban someone but they don’t know they’ve been banned, because they keep posting and no one sees their content.”

“So they just think that no one is engaging with their content, when in reality, no one is seeing it.”

The following Project Veritas video reveals the details of how shadow banning and other forms of censorship are carried out. It’s 15 minutes long, but most of the techniques are covered in the first 8 or 9 minutes. You can watch it below.

WARNING: Most – but not all – of the casual profanity used by the Twitter employees and ex-employees is bleeped out in the video.

If the video doesn’t load, try refreshing the page.