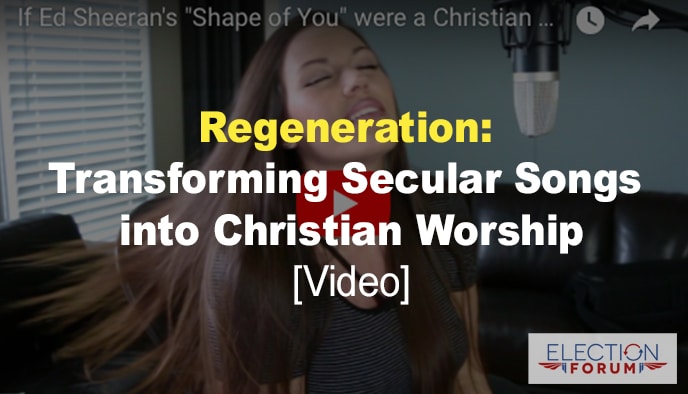 She re-makes popular mainstream songs and turns them into Christian worship songs.

She recently released a re-make of “Shape of You,” a chart-smashing song by Ed Sheeran.

It’s a fast-paced song with a simple melody and fast-paced lyrics that in places sound almost like rap music.

But it’s her lyrics that grab your attention and reveal her passion for the Lord.

Ed Sheeran’s “Shape of You” has been heard on YouTube over a billion times … and has topped the music charts for 16 weeks in a row – a record.

Beckah Shae’s version of the song has been played 1.3 million times on YouTube.

I love how she does these re-makes to reach out to non-Christians as well as Christians … a great evangelical tool.

I used to invite a Christian singer who remade 1960s songs to perform at my retreats and special events. It was extremely well-received … it works!

Listen to Beckah Shae’s version of “Shape of You”, below.