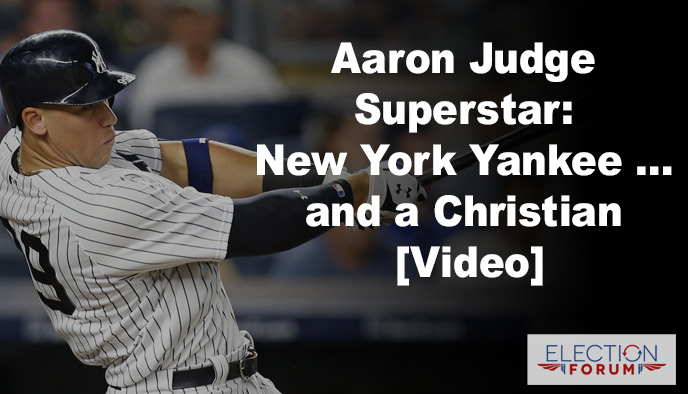 Here’s what you need to know about the character of New York Yankees rookie Aaron Judge.

In the “About Me” section of his Twitter page, he lists baseball in the fourth spot … behind Christian, Faith and Family.

Judge is arguably the biggest star in baseball today.

He has reason to brag, but remains humble.

I can relate to him on a key life event: adoption.

When he was one-day old, he was adopted by Patty and Wayne Judge of Linden, Calif.

“I feel that God was the one who matched us together,” Judge said.

He honors his parents when he says, “I’m blessed. My parents are amazing. I honestly can’t thank them enough for what they’ve done for me.”

His manager, Joe Girardi says “He’s got a smile all the time. He loves to play the game. You always think he’s going to do the right thing on and off the field.”

High praise for a rookie.

Deservedly so, because this rookie knows who his God is.

In April, he tweeted, “Happy Easter everyone! He is Risen!”

He is Risen indeed!

One Comment on “Aaron Judge Superstar: New York Yankee … and a Christian [Video]”