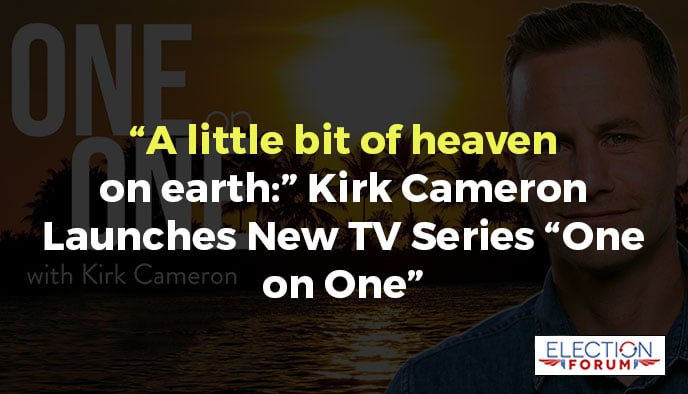 That’s what Kirk Cameron’s new TV series “One on One” on TBN is all about.

He explains: “We can turn on the news or read our news feed through social media, and just everybody’s fighting about something… Instead of just focusing on the problem [I want to] remind people that when we get in partnership with God, and we do things His way, we can solve the world’s problems and we can bring people to a real relationship with God, which will bring them the peace and the joy that they’re looking for.”

Not everyone who will appear on “One on One” shares Cameron’s Christian beliefs.

He believes it’s important to show real relationships with all types of people, whether they agree on everything or not.

“I think when people talk about being tolerant and inclusive, I think real tolerance and real inclusiveness is to be able to allow people to be free to believe what they believe in, even if it’s different from you, and not cancel them out because of it, and not villainize them and demonize them because they think differently than you do,” Cameron said.

Some of the upcoming guests and episodes of “One on One” include:

“One on One” runs every Thursday on TBN at 6pm Pacific, 9pm Eastern time.