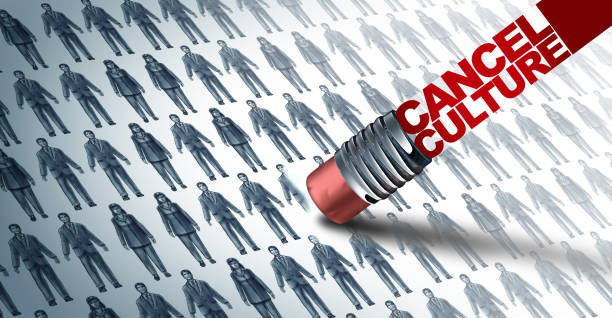 It’s the most blatant and despicable form of mind and thought control.

Anything from the past or the present that differs from the worldview of the radical pro-socialist media, politicians and bureaucrats must be erased – canceled.

Nothing can be considered or understood within its historical context.

None of the mistakes from our nation’s past can be used as teaching tools or learning experiences to help us avoid repeating those mistakes in the present or future.

Any dissenting voice is fair game to the social media mob, which demands complete submission.

From outlawing language to public shaming and blacklists, the pro-Socialists are prohibiting intellectual debate.

They are destroying personal reputations and careers… and they feel righteous and justified doing it.

The cancel culture intends to make everyone afraid to speak their mind.

Here are just a few victims of the ever-growing cancel culture list:

Why has there been almost zero pushback against the cancel culture by conservatives?

And why is the news media – which historically has been a bastion of free speech – supporting Big Tech and social media in canceling free speech?

The Big Tech CEOs and the social media CEOs should be getting inundated with phone calls, emails, letters and lawsuits from angry conservatives who are sick and tired of being pushed around and marginalized and coerced into silence.

Where does it end? Are we going to do nothing and let them cancel everything?

One Comment on “The Cancel Culture: Blueprint to End Freedom of Speech in America [Video]”