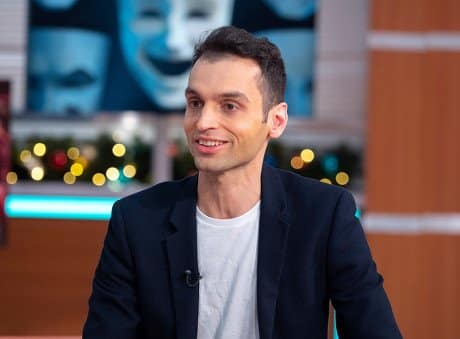 Konstantin Kisin gave a powerful speech that resonated around the world.

He was invited to speak at the Oxford Union Society, one of the world’s most prestigious debating societies. He gave a speech that received a standing ovation and praise from people worldwide.

Konstantin Kisin, a Russian/British satirist, podcaster, author, and political commentator, well known for his quick wit and biting commentary on politics and what’s happening in the world, didn’t pull punches during his speech — he went right for the woke jugular, and took a big bite out of it.

During his speech, he commented on the woke phenomena that’s gripped the world for the past several years and how “…common sense and logic will always dismantle woke ideology.”

He also cautioned that we “can’t let cancel culture happen” and that “wokeness brainwashes young minds into forgetting that work and creation are how to improve the world.”

Konstantin just articulated what the majority of people think, that woke culture has gone too far and has hurt free speech and the civil exchange of ideas.

Since his speech, more than 5 million people have watched the speech.

“Is it possible that the silent majority get it?” he said.

Over 5 million people certainly have, and the number of viewers is growing.

Here is the fantastic 9-minute video of Konstantin taking down woke culture at the Oxford Union.

Click HERE to watch. What do you think? Email me at craig@electionforum.org

One Comment on “Over 5 Million Have Watched This Powerful Video: College Student’s Woke Ideas Challenged About Brainwashing of Their Minds [Powerful Video]”