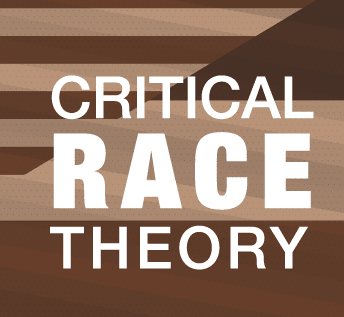 All white Americans are oppressors.

All black Americans are victims.

White Americans are inherently racist. They always have been and they always will be… and there’s nothing they can do about it.

They must therefore accept their systemic racism and admit that they have unequal opportunities and privileges that blacks have never had, do not now have, and never will have.

These are the core tenets and beliefs of Critical Race Theory.

But it goes even further than this.

Among other shocking principles, Critical Race Theory teaches that debate and logical argumentation are methods created by whites to oppress and rule over blacks… and therefore, these things should no longer be taught in public schools.

A few states have banned the teaching of Critical Race Theory. Other states support it. The U.S. military is making it a key element of military training.

And many of the corporations are forcing it on employees.

And many of the state and federal government unions are forcing it as well.

As destructive as it is, it is in the public school systems from elementary school through college.

Many parents and grandparents and all taxpayers think their school system is the exception. The schools themselves deny it’s being taught by twisting words and truth.

But it is in most schools in not just history, but English, science and math throughout the schools.

Brad Taylor – a 15-year-old former student at Rosemont High School in Rosemont, Minnesota – recently shocked the school board of Minnesota Independent School District 196 by describing how divisive and damaging Critical Race Theory is.

His speech went viral on YouTube, garnering half a million views in the first 4 days after it was posted.

He said, “You must admit how uncomfortable it will be to be characterized just by your skin color on the first day of school and be thought that you were wrong just because of your skin color.”

At the end of his speech, Brad Taylor announced that he would be transferring to an online Christian school where, “I will be able to learn in an environment that is not intent on punishing me daily for my skin color and political views.”

In an interview following his speech to the school board, Taylor added, “The problem is these school districts are acting like some of us are guilty for just existing, and somehow inadvertently responsible for any injustice… it made all the kids who have been in RHS feel uncomfortable and tense.”

Watch this 5-minute video of Brad Taylor’s speech to the District 196 school board meeting, which was attended by over 200 parents and members of the local community.