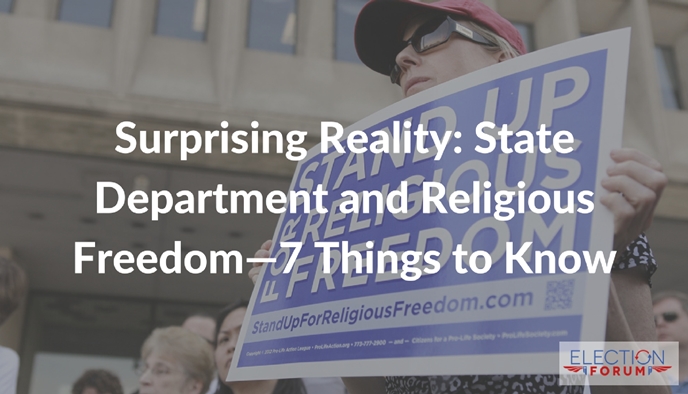 Donald Trump’s most important appointment to his executive cabinet is the Secretary of State.

This role entails more than serving as the chief diplomat for the United States to other countries.

What does the Secretary of State position have to do with moral values and cultural norms?

The next Secretary of State must drain the swamp, including those who undermined marriage, life, and religious liberty.

Her are 7 things that the next Secretary of State must do to protect life and liberty around the world:

This is hardly an exhaustive list, but these major reforms will turn the State Department into a beacon of light for religious liberty around the world.