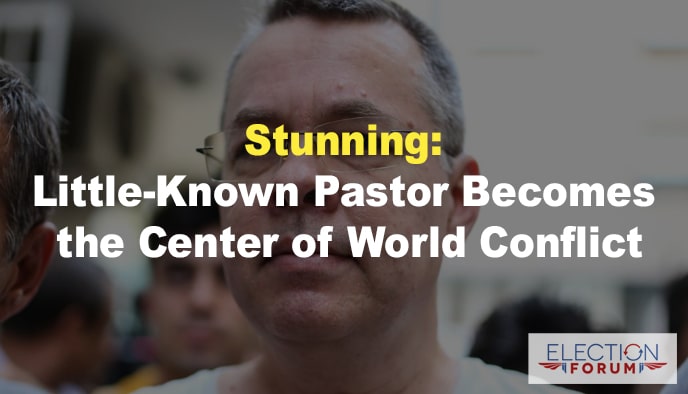 When I was at the U.S. State Department with 350 participants from 80 countries, an Evangelical Presbyterian pastor from North Carolina – Andrew Brunson – was one of the hottest topics of discussion.

Because Vice President Mike Pence – and others – called Turkey on the carpet for falsely imprisoning this pastor and violating his religious freedom.

The audience was stunned…

The ministers … government officials … and top leaders from these countries couldn’t believe what they heard … because never before has religious freedom been an issue with the State Department.

This is not what they wanted to hear…

He doesn’t hesitate to employ strong rhetoric and strong actions to convince government leaders around the world to do the right thing.

Pastor Brunson – who has dedicated the past 25 years of his life to ministering in Turkey – has been in prison since October 2016 on unsubstantiated and false terrorism charges.

And those who are prosecuting him want him sentenced to 35 years behind bars.

Turkish President Recep Erdogan has hinted in the past that Brunson could be released if the U.S. extradites Islamic cleric Fethullah Gulen … whom Turkey blames for the failed coup attempt against the Erdogan government in 2016.

The U.S. is accusing Turkey of attempting hostage diplomacy…

“The king’s heart is like channels of water in the hand of the Lord; He turns it wherever He wishes. (Proverbs 21:1)