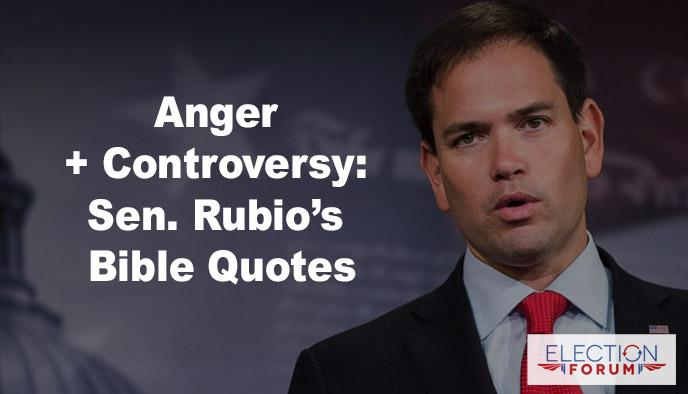 The reaction against Senator Marco Rubio was huge…just for tweeting two Bible verses.

Do you think they are controversial?

Some commented saying he had been hacked, “he’s totally lost it,” and one Twitter user called it “unsettling.”

One user was so concerned that they called for a welfare check on Senator Rubio.

The day Rubio posted these verses, the Catholic Church daily readings happened to include those verses.

Were these verses controversial?