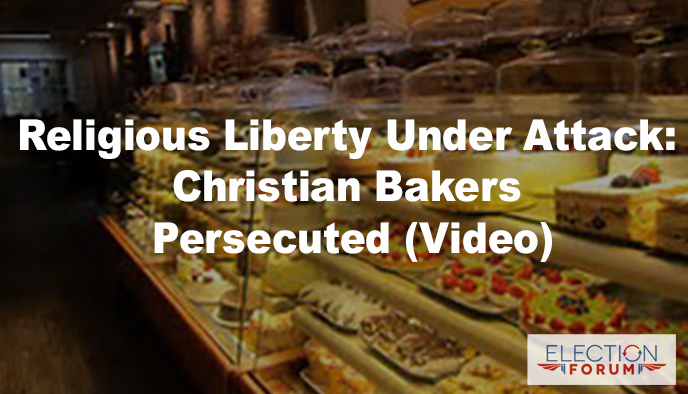 Just ask Aaron and Melissa Klein, the former owners of the bakery “Sweetcakes by Melissa.”

The Christian couple declined to bake a wedding cake for a lesbian couple.

Melissa and Aaron Klein are appealing the massive and unjust fine

They lost their business and livelihood, and now they are appealing this terrible affront to their First Amendment rights, specifically their freedom of conscience.

They have been harassed and vandalized, but they have remained steadfast in their fight against government coercion advanced by judicial activism.

Check out their interview here on Tucker Carlson (about 5 min.):