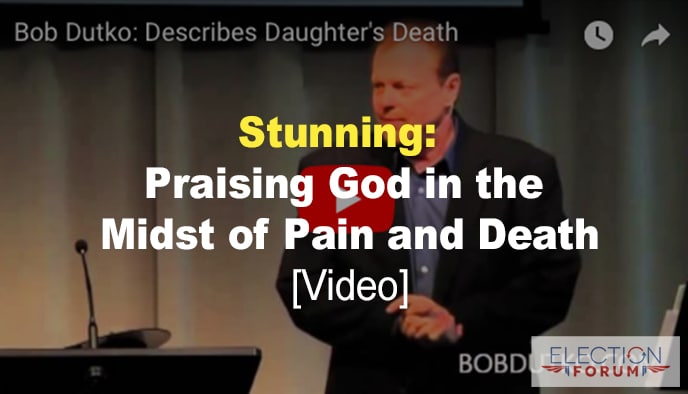 You may have heard Bob Dutko on the radio. He is very good.

How he reacted to her death just may amaze you.

How will you react if you ever hear the doctor say, “mark the time of death”?