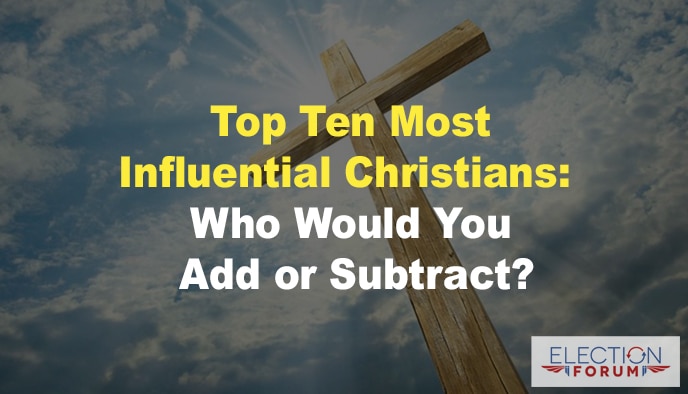 It’s estimated that about 62 million Americans are evangelical Christians. Here are 10 of the most influential evangelicals of 2017:

Who’s missing from the list? Who would you remove? Write me at craig@electionforum.com

15 Comments on “Top Ten Most Influential Christians: Who Would You Add or Subtract?”