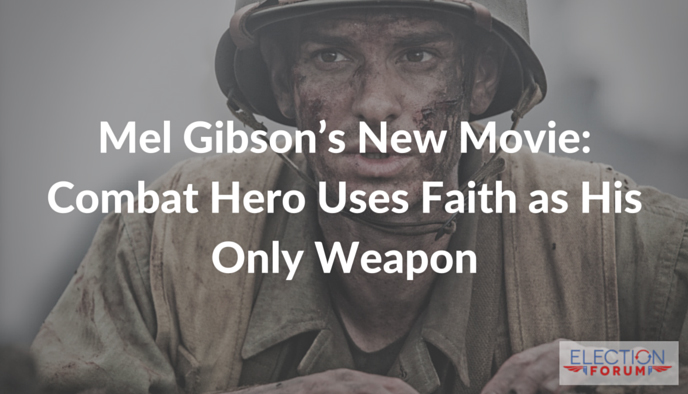 Who can forget Braveheart?

How about the Passion of the Christ?

In his latest film “Hacksaw Ridge”, Gibson focuses on the heroism of World War II medic Desmond Doss, an observant Seventh-Day Adventist who refused to carry a firearm into battle.

In fact, he was the only WWII soldier to fight in the field of battle without a gun.

Even though he was unarmed, he served his country and supported his fellow Americans, even those who mocked his religious beliefs. During the fearsome, bloody battle of Okinawa, Doss relied on prayer and faith in God to rescue 75 of his fellow soldiers

Despite the heavy artillery fire, which wounded him a few times, he refused to hide from the heat of battle.

In 1945, President Harry Truman awarded Doss the Congressional Medal of Honor, a rare honor for unparalleled bravery in combat.