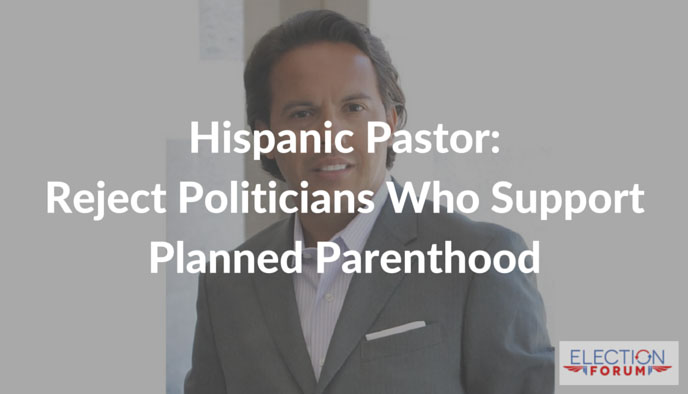 He is also challenging voters to stand up to Planned Parenthood, and vote out anyone who supports the notorious corporation.

“Any Christian who would support a candidate who defends Planned Parenthood really needs to seek Scripture.”

Planned Parenthood does over 300,000 abortions a year, and receives $528 million in taxpayer dollars. Employees have been exposed selling the baby parts of still-born babies.

Donald Trump has advanced a pro-life platform and is defending Planned Parenthood as long as it does not fund abortions.

Hillary Clinton has openly supported abortion, and has argued that an unborn baby has no constitutional rights:

She is also a vocal supporter of Planned Parenthood:

Bernie Sanders also believes that abortion is a right, and could not think of a single reason why a woman should not get an abortion.