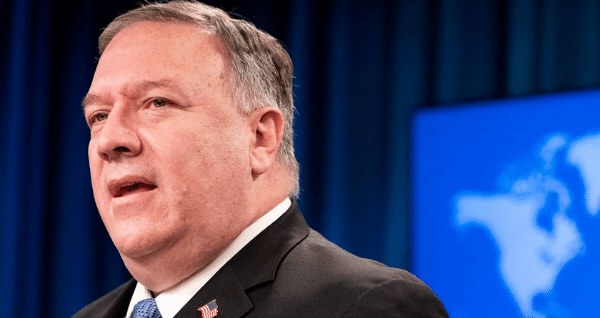 One of the most amazing and underreported consequences of the election of Donald Trump in 2016 was his appointment of Mike Pompeo as Secretary of State.

One little known aspect of this appointment was a worldwide initiative to promote religious liberty and to protect religious minorities.

While Mike Pompeo received the most news coverage for warning about religious threats in China, Iran, and Iraq, he put together a worldwide effort to stop the persecution of Christians and other religious minorities.

My wife and I twice went to the annual International Ministerial for Religious Freedom at the State Department in Washington D.C., where Pompeo attempted to have countries worldwide commit to reversing their repressive policies and protecting religious minorities.

How this massive undertaking will take shape under President Biden is yet to be seen.

Historically and during the election campaign, Biden has shown no concern for issues of religious freedom, the persecuted church, and issues of freedom of conscience.

He has remained silent about the historical genocide against Christians happening right now.

One of the reasons Mike Pompeo took up the case of the persecuted church and religious minorities was his faith in Jesus Christ. Mike Pompeo keeps the Bible on his desk for all to see … and reads it every morning. He says, “I need my mind renewed with truth each day.”

Pompeo lives out his faith in many ways, including how he treats others with forgiveness. Pompeo is known for his intense listening to all points of view and thought, and he explains that he avoids rushing to judgement.

Pompeo said in regard to his time at the State Department, “I am grateful that my call as a Christian to protect human dignity overlaps with America’s century-old commitment to the same mission in our foreign policy all across the world.”

If you are concerned about religious liberty and protecting the persecuted church and religious minorities, please:

1. Pray for our brothers and sisters facing persecution.

2. Sign our petition on the persecuted church in India where the attack on Christians is escalating. You can sign the petition by clicking HERE.

3. Get my book, “The Christian Voter: 7 Non-Negotiables for Voting For, Not Against, Your Values”. It has a chapter on the persecuted church that you and your friends should read. You can order a copy in the following ways: