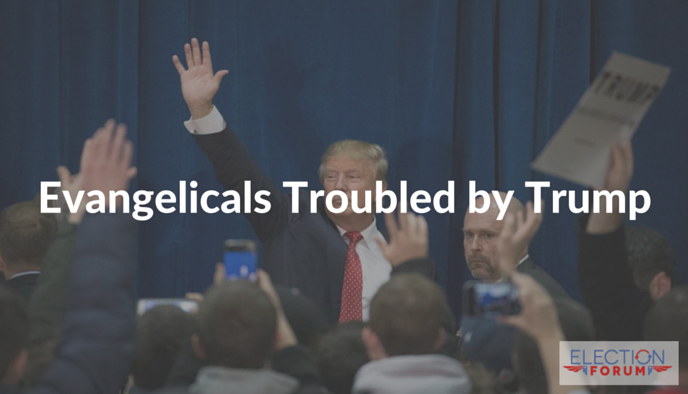 Many evangelicals have been troubled by Donald Trump, but are completely opposed to Hillary Clinton’s stances, including:

Some evangelical leaders, like Russel Moore of the Southern Baptist Commission on Ethics and Religious Liberty, are still opposing the nominee, and have urged their flock to vote “No”.

Trump attacks every evangelical leader (and anyone else) who does not support him, including Bob Vander Plaats, who co-chaired Ted Cruz’ campaign for office.

“Russell Moore is truly a terrible representative of Evangelicals and all of the good they stand for. A nasty guy with no heart.”

Why is Donald mad? Because Moore said this:

“Donald Trump [is the] embrace of the very kind of moral and cultural decadence that conservatives have been saying for a long time is the problem.”

What do Evangelical leaders do?

I will be meeting with major Evangelical leaders in New York next month with Donald Trump. Christians like me will be discussing what we want from Trump. Please pray for my wife and me as we meet and discuss with Trump our concerns about life, liberty, and the future prosperity of this country

Tell me your thoughts. What should I ask the Donald? Email me at craig@electionforum.org.

13 Comments on “Evangelicals Troubled by Trump”