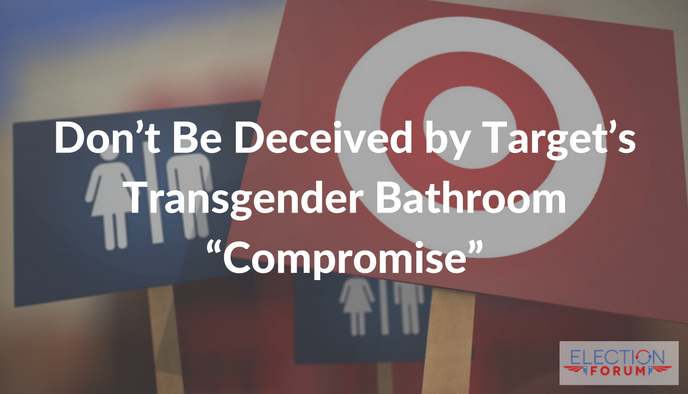 In April, the Target Corporation announced that they would allow men who identify as women to enter into women’s bathrooms and fitting rooms as part of their new “inclusive” policy.

Target’s sales have slumped considerably since then as customers have protested the policy. Revenue fell 7.2%. The shares have lost $10 billion in value.

The company’s CFO has acknowledged that there have been numerous complaints about this policy, but also suggested supporters have called in, too.

The company announced that they would install single-user bathrooms.

This new policy will serve as a compromise, according to Target’s leadership.

The renovations will cost the company $20 million.

But don’t be deceived!

Target will still permit customers to enter bathrooms and fitting rooms based on their gender identity.

Continue to boycott Target until they reverse their destructive Transgender bathroom policy!