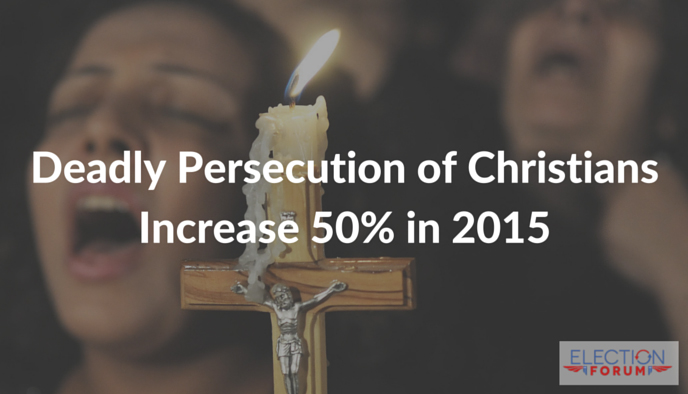 As we remain committed to protecting religious liberties across the country, it is important to remember that there are millions of believers around the globe who face life-threatening persecution on a daily basis.

It’s not surprising then, to discover that a record amount of Christians—as many as 7,000—were executed for their faith last year, according to an annual report by Open Doors USA. The number reflects a 50% increase over the worst previous year and the highest number since statistics have been tracked.

The following were the worst countries for religious persecution against Christians:

6 Comments on “Deadly Persecution of Christians Increase 50% in 2015”