My article Christians, Integrity and Politics—Did Cruz Cross the Line? received a number of well-thought and passionate responses. (Read it here).

Some agreed with me. And some did not.

One thing I forgot to mention.

In politics, you know you will be lied about, your family attacked, and the facts about you twisted. Every candidate faces it.

See if you agree or disagree with the readers.

Here’s what they had to say:

Ted is not innocent in all of this.  His campaign put out a suggestive photo of Melania to smear Trump and also the statement that Ben Carson was dropping out of the race which was untrue.  Cruz needed to get over his “offense” and endorse Trump like he promised.  I think his career is damaged at this point. — John O.

For one reader who was unhappy with Cruz, she wrote him an open letter:

My husband is one of many pastors at Calvary Chapel, and we were blessed to have your father speak to our congregation last year. He is fabulous!  We can see why you brag about him. . .

We don’t know you well, but we have defended you to many people, especially assuming you’re a genuine Christian.

After your team cheated Dr. Carson out of votes in Iowa (who forgave you and Trump for betrayal), and after your friends hassled 90-year-old Phyllis Schlafly for her support of Donald Trump (causing the removal of her program from radio), we were sickened even more while watching your Convention speech last night.  It appears you are more interested in your own personal feelings and future, than that of America and We the People.

As a Christian, you must know this life isn’t about you, but about the LORD’s will for our Nation that is ignoring Him, and worse, shoving Him out. Voting for one who will uphold America rather than for Hillary, could delay God’s judgment on America.  Truly think about that, and the risks we face, as an ungodly Nation out of control!

And you might also consider neither Hillary nor Trump is born again yet. . . but you are.  You can’t expect those of the world to operate like we do. We are to love our “enemies” and pray for them. . . because you and I know the Bible shows us that we’re all wretched outside of Christ.

You know the only real choice before us is a deceitful Hillary Clinton or a patriotic Donald Trump, neither of which is perfect.  We haven’t forgotten that you didn’t keep your word (which we saw you give on the Debate) to endorse Trump, if he were the Republican candidate.  God doesn’t expect you to be Trump’s best friend, but He does expect all of us to pray for him, for Hillary (& Bill), and even for Obama.  God’s love is amazing, isn’t it?!?!

After last night, you surely can’t be at Peace today.  I can only imagine you have hurt your reputation with the majority of Americans, and you’ve possibly hurt the Republican party.  You need to know that most Christians we shared you with in the past (after Dr. Carson was out of the race), said they didn’t care for your countenance, didn’t trust you.

You could have a very humble reputation that exalts Christ, like Dr. Ben Carson, who isn’t in this for himself, and never was.  We truly pray that God will humble your heart and you will openly endorse Donald Trump for the good of our Country, and for your own peace of heart and mind.  — Marsha T.

Some shared their disappointment, plain and simple:

Ted Cruz disappointed me very badly! First, when he said that he does not know/not sure which pedal would step on, if Donald Trump would be behind his car. Second, he did not keep his pledge. We are called to love our enemies, not to revenge. The revenge belongs to God (Romans 12:17-21). He made a BIG, BIG mistake! — Vasile M.

I was very disappointed with Ted Cruz. As a gentleman, he was honor bound to endorse Trump because he gave his word he would do so. How much more must he honor his word because he continually told the world that he is a Christian. If he can’t be trusted to on or his word with such a simple pledge, how could we ever trust him to honor his word on the really tough issues? — Laura O.

This voter voted for Cruz when he ran for U.S. Senate. He’s having second thoughts now:

When Ted Cruz ran to be a senator I voted for him and liked him very much. I did not let anyone say anything negative about him. I thought he is solid good Christian with integrity. I am disappointed in him. He should have chosen the higher ground and endorsed Donald Trump for the sake of the welfare of Americans and America. This is not about Cruz nor about Trump but about the future of Americans and the peace around the world. Cruz claims to be a Christian Trump does not make any such claims, yet Cruz did not act any different then Trump. Let us not be hypocrites and do what our Lord is asking from us.  I do not think I can vote for him again. He, Cruz mist his chance to show Trump how a follower of Christ acts.  He retaliated and said some very awful things about Trump also. — Ilene E.

I believe Cruz should keep his pledge but as Christians we need to convince him of that in love, not with criticism and condemnation.

I am not saying you are doing that because you are politely spelling out the case biblically and then simply asking the question.

However, I have been saddened to read some other commentaries and listen to crowds disrespectfully chant and boo at him before his speech was over. I was disappointed that he did not endorse Trump but I forgive him too. I also wish Trump had not attacked Cruz again the day after the convention and yet I also forgive Trump.

As a nation, we all need to be more respectful to each other and when we disagree we need to always speak the truth in love. 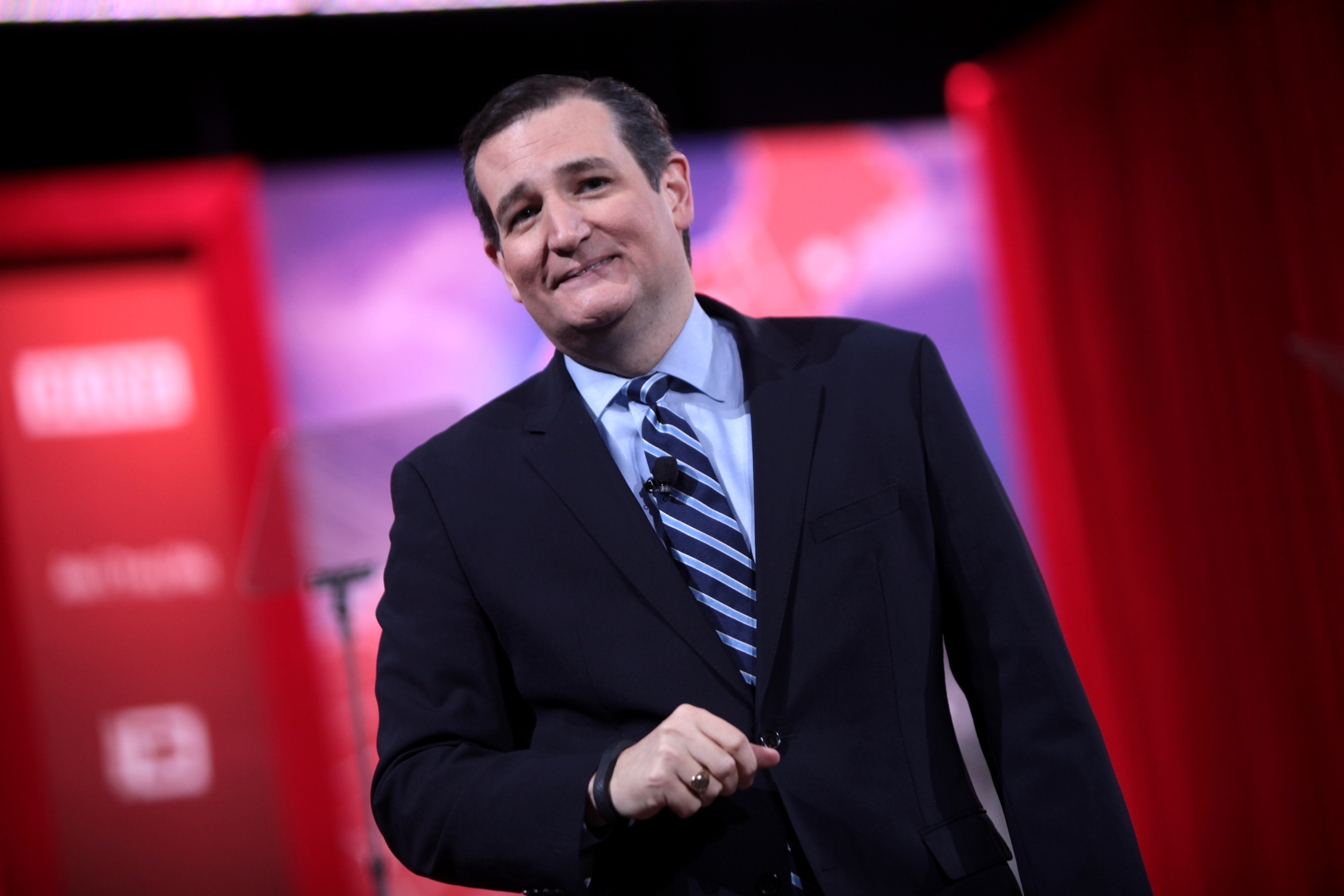 I hope he never endorses Trump.  I saw and heard Trump say he did not want Cruz’s endorsement and support.  He also said he would not endorse anyone if he didn’t become the nominee.  Trump talks out of both sides of his mouth.  He is a coward of the worst sort and if I have to vote for him, I will be weeping as I exit the voting booth. — Beverly E.

This letter was particularly insightful:

Sometimes I think this whole issue with Ted Cruz is overblown. Is a “pledge” to a political party really worth all this arguing? I’m not a political “junkie,” so I don’t think so.

The issue, as I see it, is not just whether Ted Cruz was wrong to “break” a “vow.”

For a Biblical illustration of keeping a vow, the most dramatic case would be Jephthah, who ended up killing his own daughter in order to keep his vow to God (see Judges 11). Today, I think most Americans with traditional American thinking would say that he should not have killed her. Keeping your word is important, but not important enough to cause you to kill your own family member, which is a (worse) violation of God’s law, in our modern opinion.

Ted Cruz had two vows in conflict with each other. His first vow was to his wife. I have no idea what he and she said at their wedding service, but traditional Christian vows usually include the concept that husband and wife vow to honor each other. When Donald Trump insulted and threatened Cruz’s wife, I would say that immediately raised the issue of Cruz’s marital vow to honor her. At that point, Cruz could not keep his pledge to the Republican party without violating his vow to honor his wife. Like this: “Yeah, I’m an honorable man, so I’ll endorse this guy who dishonors my wife whose honor I’m supposed to defend. I’ll break my vow to her in order to keep my vow to the Party.” Really?

Additionally, Cruz’s father was also insulted. Now we have one of the Ten Commandments involved, namely, to honor one’s father and mother. Again, Cruz could not endorse Trump without running afoul of this Commandment from God.

I’d say he was in a real Catch-22 with this situation. How do we decide what to do when we have made two vows that conflict with each other? Or, what should we do when one of our vows unexpectedly puts us in a situation where we must choose between our vow and God’s law? I don’t think the Bible gives much guidance when we pit God’s law against God’s law. — Karen H.

This person had a nuanced view, but still supported Ted Cruz:

We have a dilemma.  We have been forced into a difficult situation regarding Donald Trump.  This man demeaned decent and talented opponents who were far worthier of nomination than himself.  He behaved like a child and actually made a fool of himself as he called names, made ridiculous accusations, made fun of a physically challenged man, and then attacked Ted Cruz’s wife and father.

We now have a choice between Hillary and Trump.  We must choose Trump but we must remember how he comported himself during the debates.  We are forced to accept Trump.  He did well in his speech.  He laid out the truth of our situation but I am worried about what he will do once he has the power of the presidency.

I think Ted Cruz should have stayed away from the convention.  I admire him for standing up for the honor of his wife and father.  Ted Cruz is an honorable man.  Donald Trump’s behavior and actions have negated Mr. Cruz’s pledge.  I support Ted Cruz.

I am praying for our nation! — Sallie

Thanks for sharing your thoughts, readers.

Let me know what you think of Trump.

If you were a Trump supporter when he announced, let me know why.

If you were a Cruz supporter, will you vote for Trump or for someone else in the general election?

If you still support another candidate, let me know! Email me at craig@electionforum.org