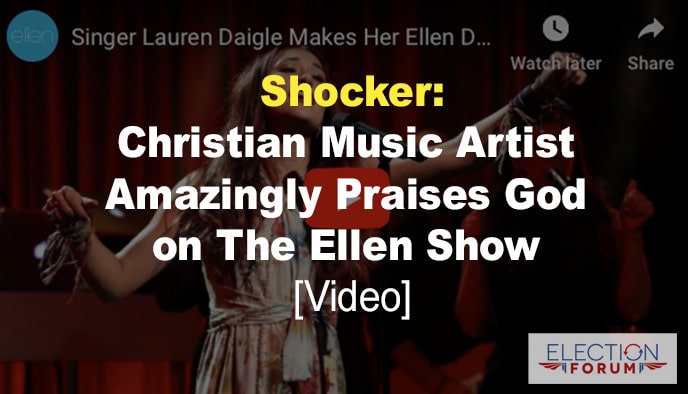 She shared the gospel of Christ and her love for Christ in an impactful and engaging way … not just with Ellen DeGeneres, but with everyone in the studio audience … and also with millions of viewers of The Ellen Show.

Surprisingly, reaction among Christians on social media was mixed…

Some praised Lauren Daigle’s performance as a breakthrough in the Hollywood world for Christians and Christian music.

Others were shocked and dismayed that a Christian performer would appear on a TV show hosted by someone who is openly gay.

Ellen DeGeneres picked out this song from the Look Up Child CD.

In responding to the backlash of criticism for appearing on The Ellen Show, Lauren Daigle had this to say in a radio interview: