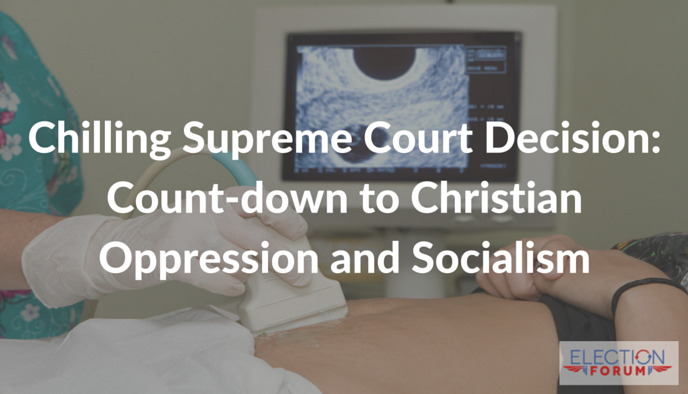 A Washington State law requires pharmacists to provide abortion-inducing drugs, even if they have to violate their conscience to do so.

In a 5-3 decision, the three dissent justices—Roberts, Thomas, and Alito—warned that these decisions reflect the increasing persecution which Christians face as the court pushes a liberal political agenda at the expense of those who hold a Christian worldview. This decision points to more cases destroying First Amendment protections and Christians unable to act according to their Biblical beliefs and conscience.

They could lose their jobs or become unemployable if these rulings  remain intact.

Will freedom of religion turn into forced faith in the liberal, progressive ideology?