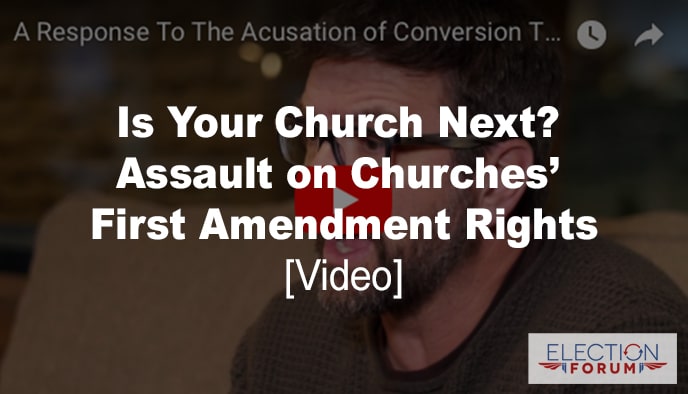 Death threats … against a pastor and church staff.

Facebook and social media attacks … against a pastor and his church.

Politicians raging … against a pastor and his church.

For trying to reach out to the hurting with biblical truth.

Let me tell you about how this can happen to you and your church.

It was advertised as a girls-only outreach for 12 to 16-year-olds who struggle with thoughts that they should identify as gay, bisexual or transgender.

“Through thoughtful, relevant, and biblical counsel, we will help your girl be unashamed of her true sexual identity given to her by God at birth,” the ad stated.

Angry respondents threatened to shoot members of the church staff and burn the church down.

Pastor Jeremy Schossau said that at one point, the church was receiving 40 hate-filled messages per minute.

The politicians are so incensed at the idea that teenage girls would willingly seek help … that they’re calling for an investigation into the church – using the Consumer Protection Act as their excuse.

For liberals, religious liberty ends when a pastor or a church speaks out in opposition to the liberal worldview.

In this case, the Bible gives hope to those suffering from sexual confusion.

Consider this a wakeup call for all who hold to historical biblical teachings on marriage, gender identity and sexuality.

If the state of Michigan is successful in shutting down this ministry, it’s only a matter of time before the liberals come after you and your church.

Be prepared … political and social pressures may rage against your church as well.

Perhaps not today or this week … but at some point, we all will have to take a stand for what we believe.

Watch this 5-minute video of Pastor Schossau explaining the purposes of Metro Church’s workshop on sexual orientation and identity … and the firestorm of criticism he has received:

One Comment on “Is Your Church Next? Assault on Churches’ First Amendment Rights [Video]”