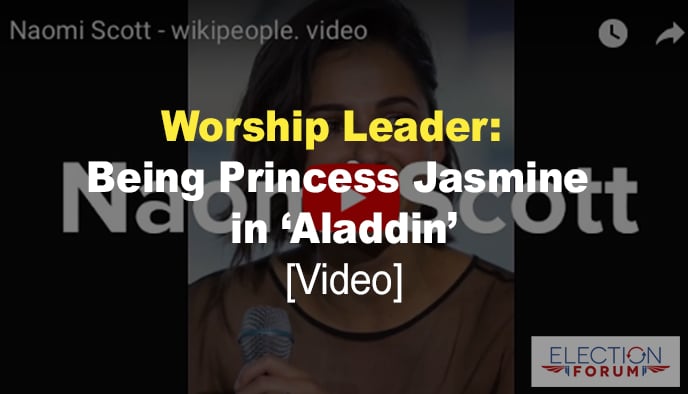 Naomi Scott is not just an actress.

She’s an outspoken worship leader, whose parents are pastors of Bridge Church in the United Kingdom.

Disney has cast Naomi as Princess Jasmine in a remake of the 1990’s classic “Aladdin.”

Previously, she played the Pink Power Ranger in the “Power Rangers” film.

Naomi has spoken out about Christian persecution, tweeting, “So many Christians being targeted in Egypt and other areas. Praying for all my brothers and sisters around the world who face persecution.”

She gives God the credit for her musical and acting abilities.

“God is the ultimate creative force. Growing up in the Church fostered an inner spirituality that also introduced me to the concept of music having a deeper meaning.”

She believes there is a connection between her faith and music, giving both a soul and purpose.

Watch this entertaining 1-minute video to get an introduction into Naomi Scott.