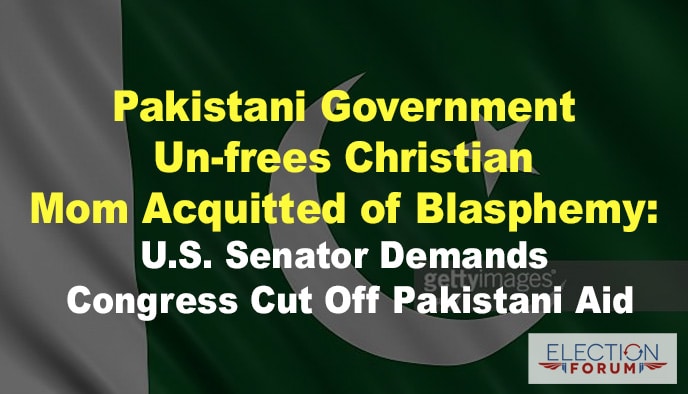 On October 31st, the Pakistan Supreme Court acquitted Aasia Bibi – a Christian mother of 5 children – of blasphemy against the Islamic prophet Muhammad.

I wrote about her case – and the overturning of her 2010 death sentence – here.

Because of violent riots that followed Bibi’s acquittal – and the demand by 2 extremist Muslim clerics to appeal the Supreme Court ruling – the Pakistani government is refusing to allow her and her family to leave the country.

Senator Paul said, “I’ve made it a personal mission of mine in office to stop the United States from funding or being allied with places that persecute Christians.”

Human rights watchdog groups say Pakistan’s notorious and draconian blasphemy laws are often abused to settle personal scores and to incite and exacerbate religious hatred. They fear that the longer Bibi remains in Pakistan, the more likely she will be murdered.